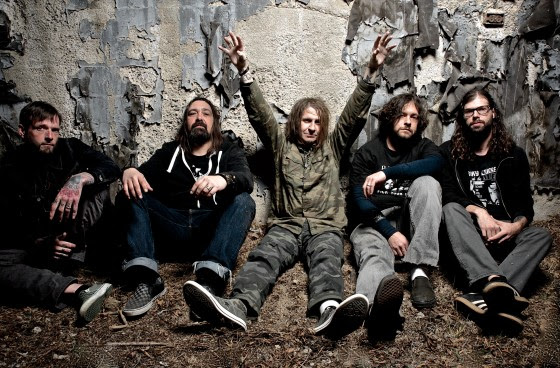 Eyehategod drummer Aaron Hill has made a statement regarding the stabbing incident that ultimately led to the cancellation of their show in Guadalajara, Mexico earlier last week.

“I wanna thank everyone who’s reached out to send their love and support these last few days, it really means a lot to me and I thank you. I’m home and doing well. I also wanna thank everyone at Foro Independencia and Show No Mercy for their help and a special thanks to everyone in attendance for showing up and understanding why we had to cancel.”

Hill doesn’t hold any animosity towards Mexico or the city for the incident, saying that it could have happened anywhere. His statement continues:

“I don’t blame anyone for the incident as this could’ve happened anywhere and I don’t agree with any negative comments about Mexico. I think Mexico is a beautiful place with great people and I look forward to returning and playing again See you all soon.”

It was reported on Monday (July 8) that Hill had been robbed and stabbed while walking to the venue he was playing with the band Sunday night. According to a translated statement by promoter Show No Mercy:

“Today while Aaron Hill walked to the venue he suffered a robbery. They have a driver at their disposal; but they were touring the city all afternoon so he preferred to walk to the venue, for his hotel is very close; when 4 people, 2 Blocks, intercepted and took away their belongings While one of them threatened him and made him a 5 cm wound on the left side. He is well, however it was not possible to continue with the show.”

Along with his statement, Hill included a photo of the shirt he was wearing during the incident. The picture shows a bloodstained hole on its right side, what would have been his left while wearing the garment.

Eyehategod will be very busy touring this summer and fall. The band is slated to end July with a handful of shows in the southern United States before heading to Germany and France for much of August. They will then return for another round of North American shows between August 29 and September 8, at which point they will head back to Europe for the rest of September and October.