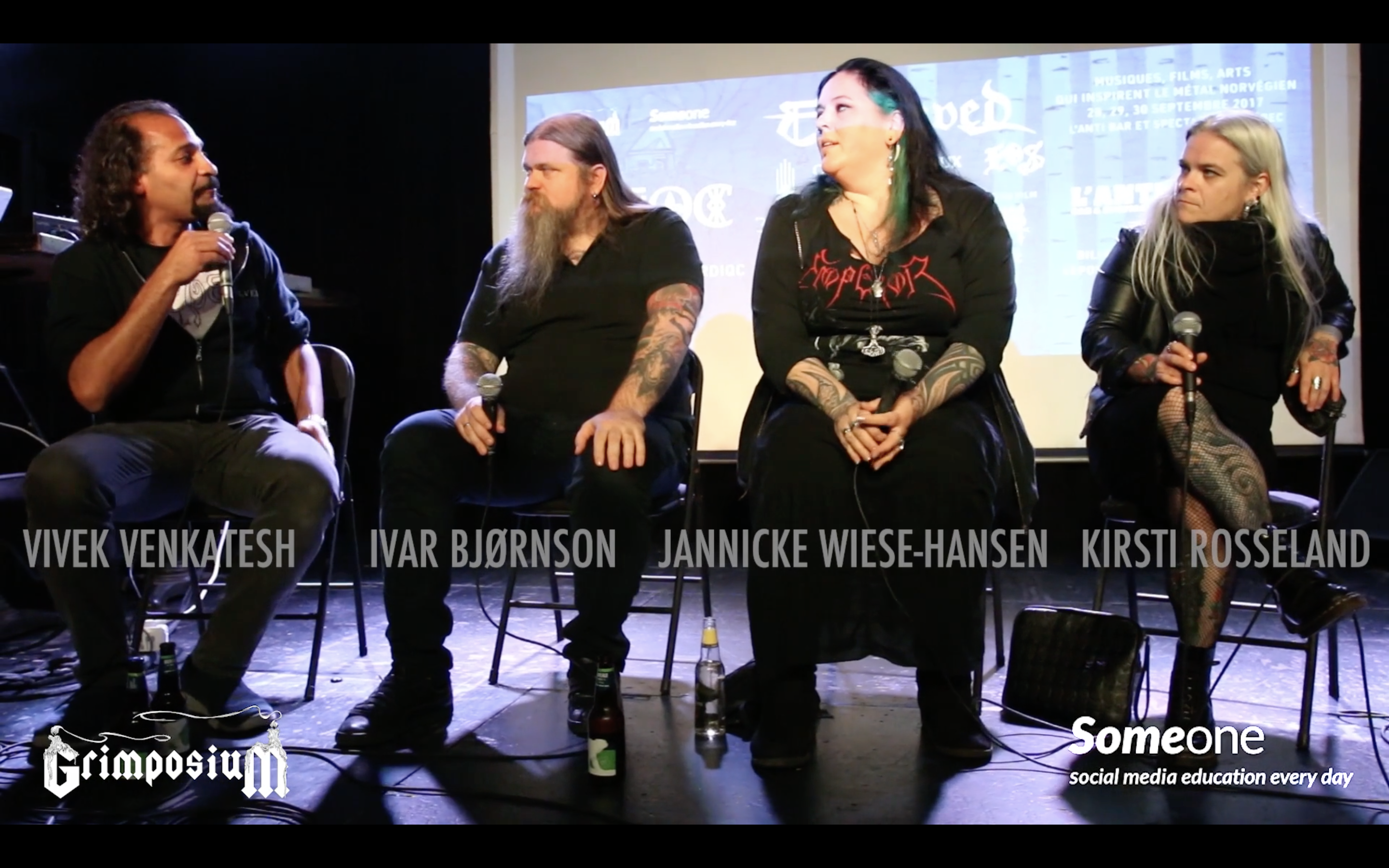 Canada’s Grimposium, in conjunction with the SOMEONE project, has launched a new series of podcasts that feature conversations and discussions with some of extreme metal’s current icons.

This new four-episode podcast series brings frank discussion and thoughts on many of today’s hot topics in the metal world.  Topics include censorship, the re-appropriation of runic symbols, hate, and gender in metal among others.

Quebec’s Vivek Venkatesh and his co-host, Michelle Ayoub engage discussants in a variety of topics and emerge with a series that pushes boundaries and embraces real and honest discourse.

The series is produced by Aaron Lakoff and Kathryn Urbaniak.

Please note that Metal Insider contributor, Jeff Podoshen, is a member of the SOMEONE Project.