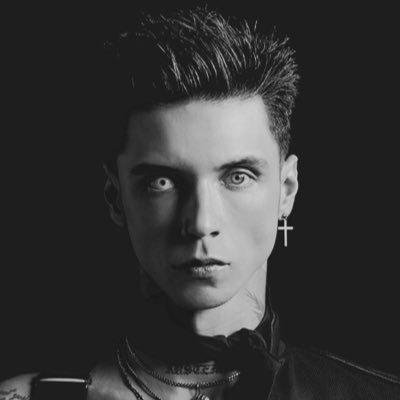 Andy Biersack underwent an appendectomy earlier this week to remove is ruptured appendix. The Black Veil Brides frontman took to Twitter Friday (March 29) to update fans on his status, saying:

“Just got out of surgery to remove my ruptured appendix, happy to report the procedure went very well & I should be back up on my feet in no time! Thanks for all of your kindness & support.”

Biersack is getting ready to release his second solo album under the Andy Black stage name, The Ghost Of Ohio, on April 12. His upcoming solo effort is said to be a semi-autobiographical concept album “mining the haunted history of Black’s hometown to tell a story that explores his childhood anxieties and obsessions.” His debut solo album, The Shadow Side, was released in 2016.

“PS seeing all of the love you guys are showing for “The Promise” means the world to me!”

Alongside the album, Biersack will be releasing a graphic novel of the same name. The novel’s story was made in collaboration with Z2 Comics, writer Scott Tuft (Swamp Thing) and artist Eryk Donovan (Batman). In an interview with Consequence of Sound, he said of the album’s story:

“The story takes place in southwestern Ohio and spans across historical eras from the 1800s to modern day. The Ghost of Ohio is a tale of loneliness, redemption and strength and I hope both the album and book capture that tone while giving people some fun entertainment to escape into!”

“To be able to combine my love of the graphic novel medium with a concept record is a dream come true and something I have wanted to do for many years,” says Biersack. “Working with the Z2 Comics team and alongside Scott Tuft and Eryk Donovan to bring this dream to reality has been an incredible process.”

Despite still recovering from surgery, Biersack still plans to head out on tour behind the new album, and has even started rehearsing.

“For those asking for updates regarding the tour & my health: I am doing everything as instructed by my doctors post surgery and I’m going to attempt to run the show this week in rehearsals. I will let everyone know how the process is going. I don’t want to risk further injury by jumping in to the full show before my body is healed enough to withstand it, but I also plan to get on the road as soon as I am cleared to do so. I will keep everyone up to date on my progress! Seeya soon.”

The Ghost of North America tour is still slated to kick off in Sacramento, CA on April 7. Following that tour, Biersack will be taking part in the inaugural Rockstar Energy Drink DISRUPT festival from June 22 through July 28 with a few European dates sprinkled in between. Biersack will also be performing during the Vans Warped Tour 25th Anniversary shows in Atlantic City, NJ and Mountain View, CA.