A couple of weeks ago, Marilyn Manson fired bassist Twiggy Ramirez following rape accusations from his former girlfriend Jessicka Adams. Manson has now recruited Juan Alderete (The Mars Volta) to replace the long time bassist. This past weekend, Alderete made his debut with Manson during Ozzfest Meets Knotfest in California. Alderete has been in other bands before The Mars Volta as well, having gotten his start in Racer X, the shreddy ’80s band that also served as the launching pad for Mr. Big guitarist Paul Gilbert and Judas Priest drummer Scott Travis. And while Racer X’s music is undeniably excellent, the same can’t  be said for their fashion choices, even though it was a different time. Alderete is in the middle: 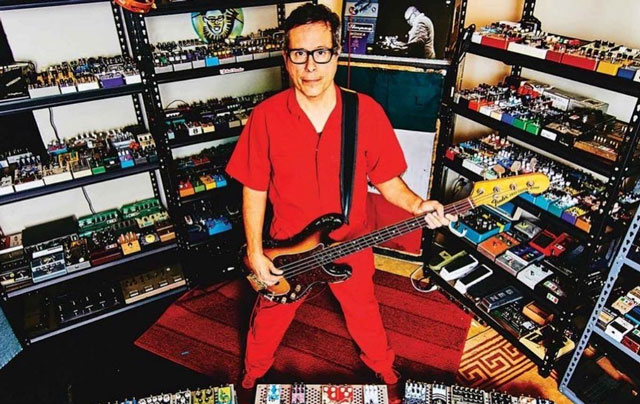