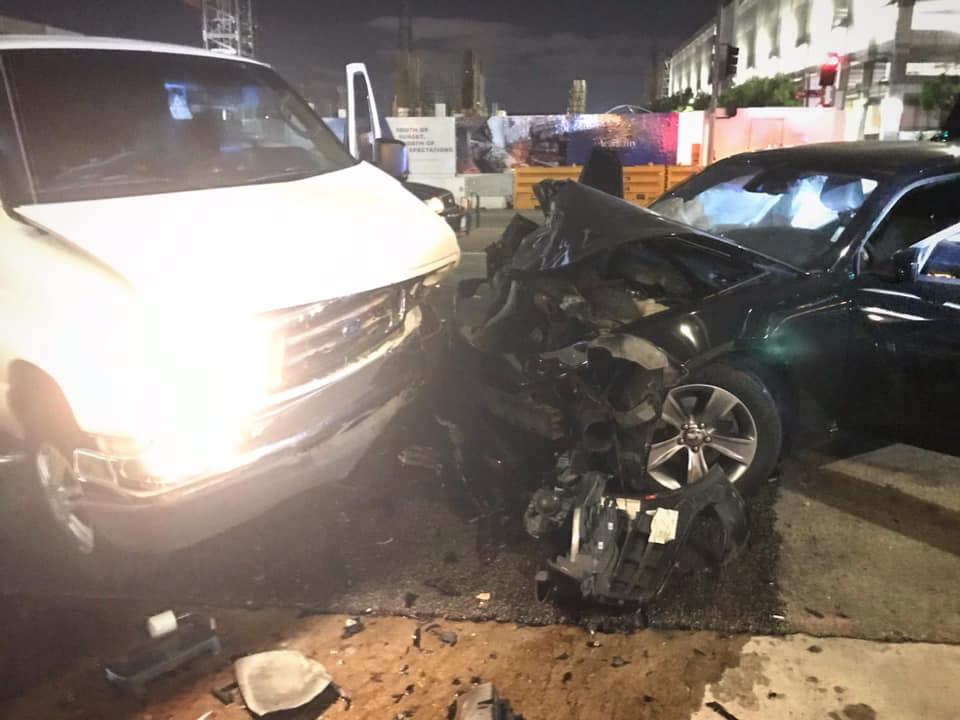 While the holiday’s are just around the corner, Ataris frontman/guitarist Kristopher Roe had quite the scare last night (17th) while he was driving his van in Hollywood, CA. The singer was a victim in a high speed police chase, where a reckless driver slammed straight into his van in a supposed stolen vehicle. Roe added his dog went flying out, where he thought she was lifeless. Luckily, both the dog and Ataris’ leader are OK. Roe eventually found a way to leave the area to find safety as he bumped into a homeless man who offered him a blanket and chair.

“Tonight I was an innocent victim of a high speed chase.

Some lunatic flew around the corner in Hollywood.

He was being chased by multiple police cars. Traveling at high pursuit driving recklessly in a supposedly stolen car.

He slammed straight in into me head on at full speed.

He was traveling so fast that he sent my 10 ton Van from the outer left lane into the parking lane.

He was traveling with such force that the center engine console detached and shot forward into the van ramming into my leg.

I feel lucky to be alive.

I am beyond shaken up.

My leg, back, neck and side are in pain.

Gracie my dog went flying out of her seat and I had to dig through the scattered mess to find her.

I felt her. She felt lifeless.

I thought she must be dead from the impact.

It was the most helpless feeling.

I am in tears thinking about it.

All the while the van was smoking and we couldn’t breathe.

I thought the van was on fire and going to burst into flames at any second.

I couldn’t open my door so I crawled into the back seat with her in my arms.

The side door as it was pinned against a parked car we had been slammed into.

So I quickly lowered her out the passenger window and onto the hood of the car next to us.

I hurried and crawled out the window behind her the best I could.

It’s at this point I immediately hear the sound of multiple police officers shouting forcibly at the passengers in the other car.

The entire street now blocked off with police.

It is in this moment I realize what’s actually going on here.

THIS IS AN ACTIVE CRIME SCENE?!

They start shouting, “GET BACK! GET BACK!!”

I am so confused, disoriented, dazed.

Just clutching my dog in my arms.

Asking her if she is OK, hoping that nothing has been broken in the wreck.

I quickly hurry away from the scene.

I sit on a curb where a homeless guy offers me a blanket and a chair.

It’s nice to know that compassion exists in this world.

Never take one second for granted.”