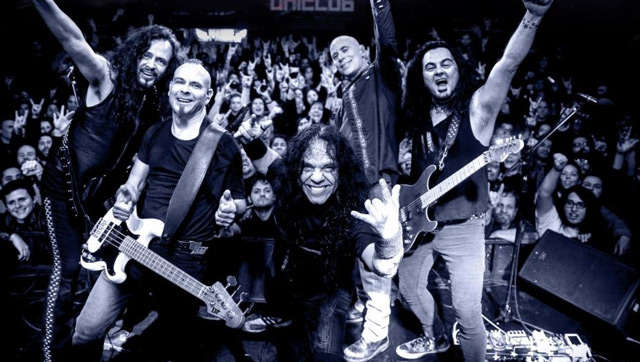 With the release of their upcoming album, Punching The Sky, in a couple of months, Armored Saint has announced a virtual release show to celebrate its arrival. Coming to the fans live from Hollywood, CA’s Whiskey A Go Go, the show takes place on Saturday, October 10 at 1 p.m PST / 4 p.m. EST / 10 p.m. CET.

“We are very excited about our new record ‘Punching The Sky’, and we’d be pleased if you’d join us in this virtual show to help celebrate the release date,” writes Armored Saint in a statement announcing the show. “In these strange times where none of us can go to see live music anymore, this is the closest thing we can do about that. We will be on stage, cranking it out as we always do. We will certainly be missing seeing all of you in the venue, but we hope you’ll rock out with us in the comfort of your own homes!”

Tickets for the album release show are on sale now for $10. There are also ticket bundles available where in addition to admission, you can get a signed CD ($30, USA only), an exclusive event tee ($55, USA shipping; $65.00, Europe shipping) or both the event tee and signed CD ($65, USA only).

Punching The Sky is Armored Saint’s 8th studio release and the follow-up to 2015’s Win Hands Down. Bassist Joey Vera produced the album with the same engineers that worked on the 2015 album. The album was recorded in pieces at various studios, including recording drums with Josh Newell at El Dorado Studios in Burbank, California, tracking guitars with Bill Metoyer at Skullseven studios in North Hollywood, California and recording vocals, bass and additional add-ins at Vera’s home studio. Vera also recruited Jay Ruston, who has worked with the likes of Anthrax, Amon Amarth and Stone Sour, to mix the album.

Said Vera about the album, “The goal is to write really good music. I know I’m stating the obvious here but that’s about the size of our agenda. We’ve been able to shed a lot of expectations that sometimes plague a band like ours that has been around a long time, and we’ve recently moved into a comfort zone with just being ourselves. We have this kind of freedom now that we didn’t really have early in our career, and we can take some chances and make the kind of music that we want to hear. This record is a reflection of where we are at, right now.”

Adds vocalist John Bush, “When you’re a band that began four decades ago, you really have to push yourself harder than ever when it comes to making a new record. The last thing you ever want is for it to appear as though you were going through the motions or that you’re just putting a product out to do some touring. The records are immortal. They’ll be here long after us. Every one needs to count in its own individual way.”

And take chances they have. On ‘Punching The Sky,’ the band experiments with new sounds. Vera hired artist Patrick D’Arcy to play the Uilleann Pipes and Jacob Ayala (the son of a childhood friend) to play marching drum, while the band’s own drummer Gonzo Sandoval added some American Indian flute. Guns N’ Roses keyboardist Dizzy Reed also makes an appearance on the album.

“At the end of the mixing stage, I always have a hard time walking away from the project we’ve been working on for so long,” said Vera. “It’s hard to let it go. The end result is good though. Everyone played and sang their asses off and it shows.”

Earlier this month, the band released the album’s first single, “End Of The Attention Span.”

Punching The Sky is set for release on October 23 and is available for pre-order through Armored Saint’s website now. 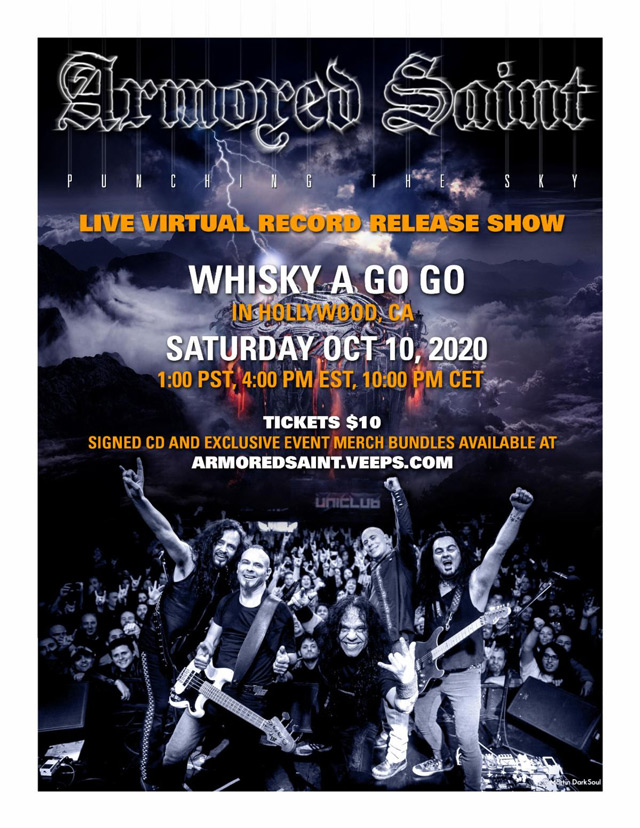 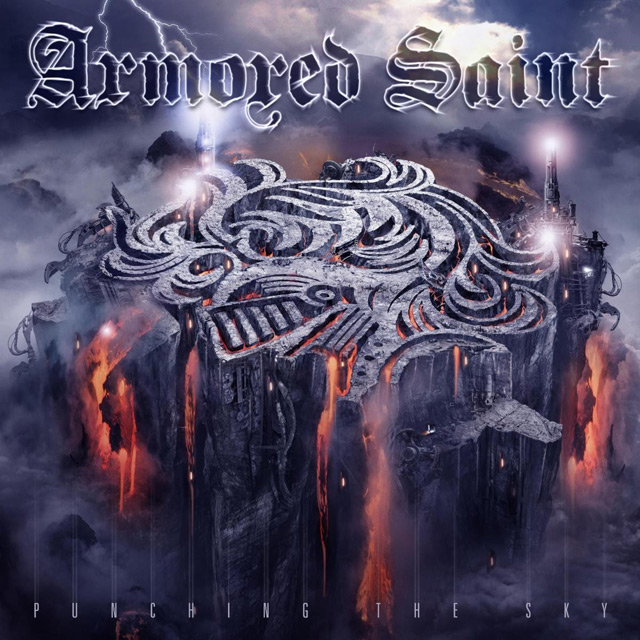