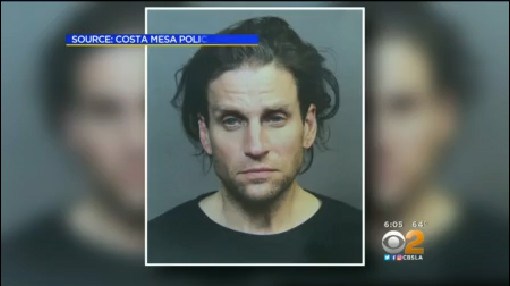 CBS Los Angeles has reported that American Head Charge frontman Cameron Heacock was arrested in Costa Mesa, CA this past Wednesday (11th) for stealing over a dozen guitars and more. The police pulled the singer over while he was allegedly driving a stolen van outside of a Motel 6 on Harbor Blvd. Detectives found the van packed with stolen gear, which led to a further investigation to a storage space where they uncovered more snatched goods.

The loot consisted of over $10,000 worth of gear from Guitar Center in Fountain Valley, which has since been returned. There were thirteen guitars including a Gibson Les Paul and a Fender Stratocaster as well as a motorcycle. The band haven’t commented about this issue.