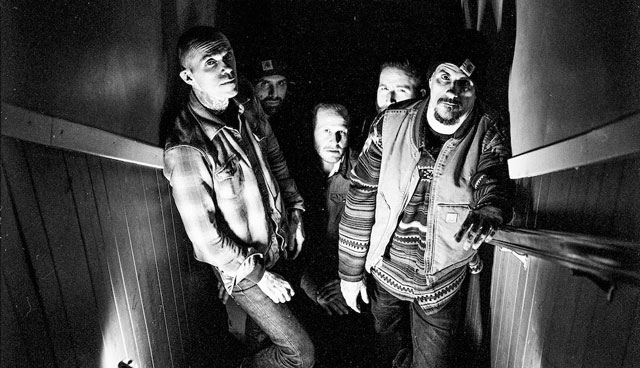 Wear Your Wounds have unveiled the new song “Rainbow Fades.” The track is taken from the group’s upcoming third studio effort Rust on the Gates of Heaven, which will be released this Friday (12th) via Deathwish Inc. The group initially started as a solo project back in 2017 by Converge’s Jacob Bannon as it has expanded into a quintet with Mike McKenzie (The Red Chord, Stomach, Earth, Unraveller, etc), Adam McGrath (Cave In, Nomad Stones, etc.), Sean Martin (Twitching Tongues), and Chris Maggio (ex-Trap Them, ex-Sleigh Bells).