I think the reason July has been somewhat light on releases so far is that we’re getting a cooldown period from an overloaded June, giving us time to recover before we get into an equally overloaded August. It’s working out so far, and albums that debuted in previous months are still selling well, so it works out in the end. As far as today goes, the few albums that we do have are hotly anticipated and worth the attention. Check them out as you try to beat this sweltering July heat!

Nonpoint left their relationship with Razor & Tie after 2014’s The Return, opting instead to sign with Spinefarm. This was a massive success for Spinefarm, picking up one of the most well-established rock acts in the world to be the anchor for their foray into the US market. For their part, Nonpoint will be working with a new team for the first time in quite awhile, providing a fresh perspective and a different voice for the future of the veteran Florida group. This could lead to great strides forward for Nonpoint, starting today with album number nine, The Poison Red.

The latest Relapse band to have their album streamed on NPR, Inter Arma is known for throwing everything into the proverbial sonic blender and seeing what comes out sounding memorable. Sludge, death-doom, post-metal, and Southern rock have all made their way into Inter Arma’s sound over the years, making each album a journey through many styles and transitions. Paradise Gallows promises to be no different, offering as much diversity as the band can fit onto one record.

Sabine Scherer left Deadlock in September 2014, deciding later that her departure would be permanent so that she could spend time with her family and her new child. Her replacement is Margie Gerlitz, a relative newcomer to the scene. However, if lead single “Berserk” is any indication, Gerlitz will fit into the band just fine. Deadlock’s seventh album appears to be one of their most diverse offerings yet, which should be a good opportunity for Gerlitz to showcase her skills.

Stalwarts of the Boston hardcore scene for over a decade now, Vanna rose from humble beginnings to become one of the most beloved acts in the region. 2014’s VOID marked the band’s first entry on the Billboard 200 charts, debuting at #157. Vanna is looking to generate enough hype about All Hell to top that performance this week. As such, there are already three singles released from this album: “Pretty Grim”, “Mutter”, and “Leather Feather”.

Hailing from Portland, Oregon, this speed metal outfit loves their traditional metal imagery. Featuring lyrics filled with mythology, epic battles, and and love for the genre itself, the members of Spellcaster are clearly invested in crafting music that they would love to listen to themselves. Night Hides the World is the third album from the group, and the first as part of their new deal with Prosthetic.

From the US to Germany, the love and appreciation of thrash is alive and well. Dust Bolt is one such band, and they have come a long way since they got their start in the Bavarian underground a decade ago. With the support of Napalm Records, Dust Bolt broke through and began making a name for themselves on the European mainland. Mass Confusion, the group’s third album, capitalizes on the current world climate with intense lyrics of political corruption and war. 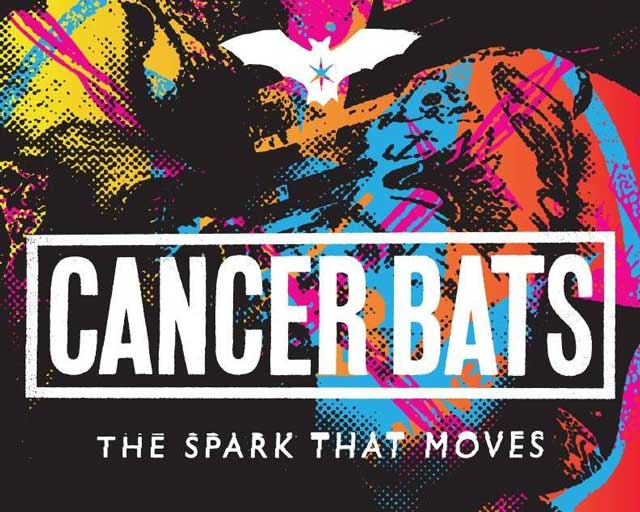