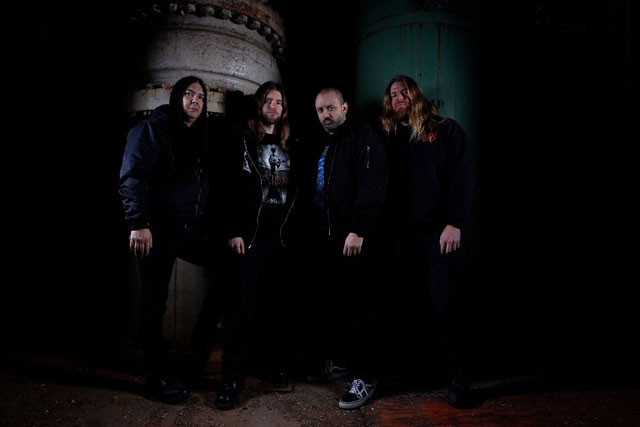 Texas brutal death metal titans Devourment’s first full-length effort in six years, Obscene Majesty, will be released on August 16th via Relapse Records. The group has unleashed the second single taken from the follow-up to 2013’s Conceived in Sewage with “Narcissistic Paraphilia.”

The band commented on the track:

“This song focuses on the internal monologue of the archetypal serial killer’s psychology. One that is typified by pathological narcissism and auditory hallucinations. The kind that can compel a seemingly mild-mannered person to pursue a life filled with debased violence, mayhem, fear, and death.”