While information is still scant, a member of Tool suffered broken ribs and a dislocated shoulder in a CEspa accident. According to the band’s site, the injury has pushed back album sessions over a week. From Toolband.com:

The New Year started off on a bad note as far as writing and arranging sessions for Tool’s next record. For the most part this was due to a ‘minor’ accident on a Vespa scooter (slick road conditions being the cause) by a certain band member that resulted in several broken ribs and a dislocated shoulder. Because of the physical nature of the musical instrument involved, 9 DAYS of jamming were lost, although I’m happy to report that the person involved is recovering nicely, so much so, in fact, that writing sessions resumed last Monday (January 21), despite it being a holiday for many.

Hmm. A certain band member. Using the power of deduction, it wasn’t Maynard Keenan or Adam Jones, since Maynard was very recently profiled, and not only did he not mention it, it seems like he’s been in Arizona while the remaining members of Tool worked on music. And Adam Jones just proposed to his girlfriend on national TV at a wrestling match. Not exactly the kind of thing you’d want to if you were nursing injuries. So basically, tough break, Justin Chancellor or Danny Carey. Glad you’re feeling better, now get out there and write an album! Also, Vespa? Really?

Also in the update, it says that the band have been doing some press about upcoming events. Hopefully, we’ll hear some more tidbits about the next album. The webmaster also cryptically says that sometime after March, there will be “one more item of interest to Tool enthusiasts before further speculation is discussed involving the bnad’s next alubm (let along any actual timetable for recording etc.). So in short, hurry up and wait.

Categorised in: Get Well Soon, Metal on Metal 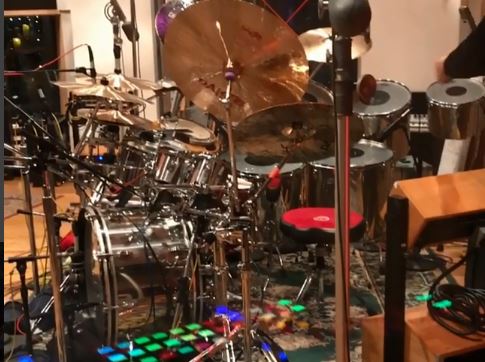