Baroness and Deafheaven will kick off a trek in early March. The pair will blaze through America’s west coast as well as Canada before making their way across the States and wrapping things up on the east coast in mid-April. Zeal & Ardor will serve as direct support on the tour, adding to an already-exciting package. 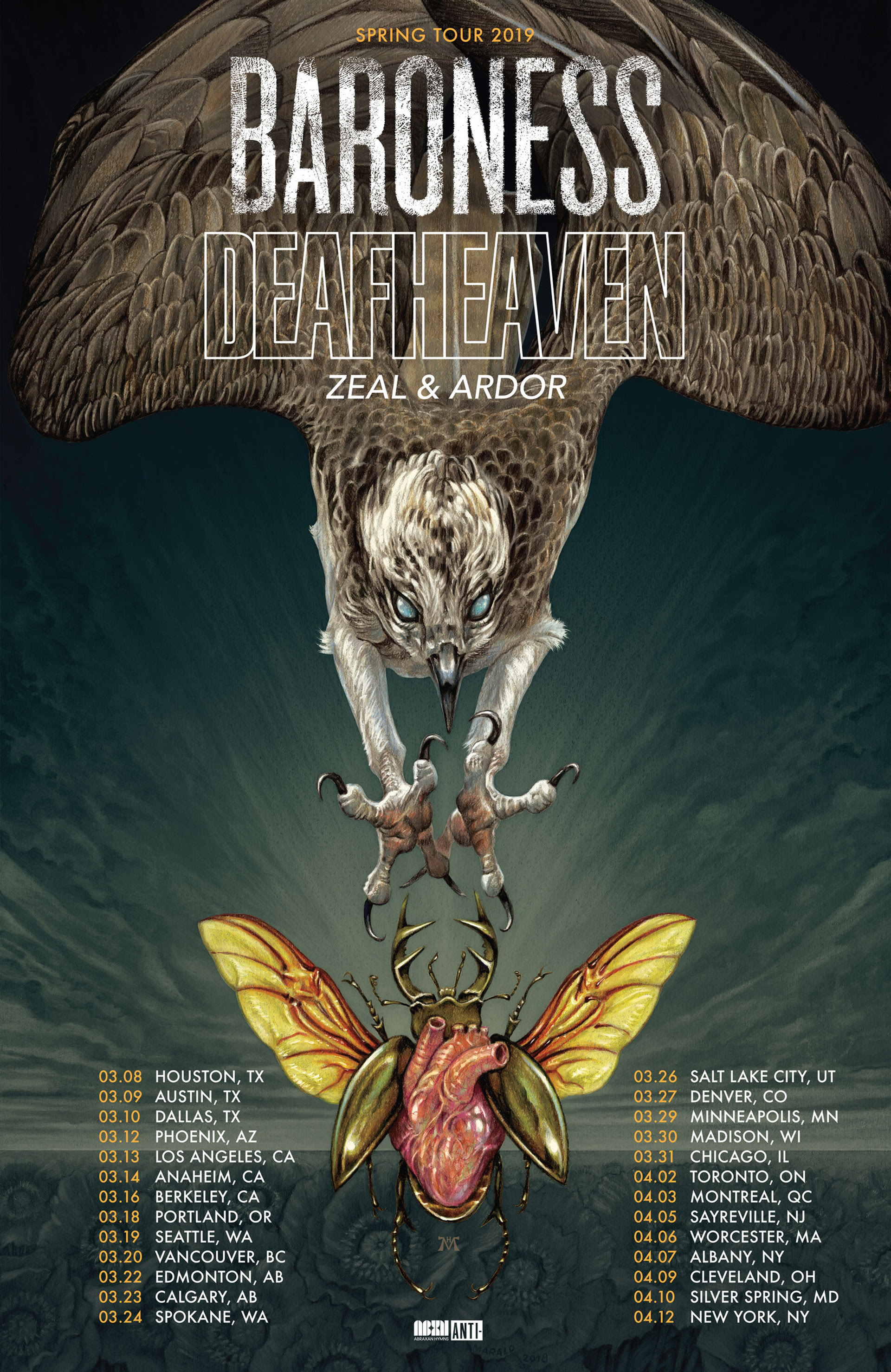