It’s only been about 3 1/2 years since Greenpoint bar and venue Saint Vitus Bar opened up. Since then, it’s quickly become a destination not only for metal fans, but for bands themselves. Converge, Every Time I Die, Deafheaven, Descendents, Pentagram and Saint Vitus themselves are among the bands that have graced the stage in it’s relatively-short existence. The venue will play host to two benefits this month and next for the David Lynch Foundation. Next Thursday (25), Earth, Cult of Youth and Dream Police will play a sold-out show, and on October 4, tickets still remain for JG Thirlwell & Sarah Lipstate, The Soft Pink Truth and Dominique Leone. Lynch’s foundation aims to bring Transcendental Meditation to at-risk populations. While we’ve caught up with the venue’s booker, David Castillo, before, we followed up with him to bring us up to date with the venue and its decision to work with DLF Live.

You’ve quickly become a destination bar. Using the Rock and Roll Hall of Fame after-party as an example, how does something like that come about?

Something like that sort of just comes to you. That was like manna from heaven. Dave Grohl decided to do a party and we just ended up getting it. They just wanted to do it there. It wasn’t a concerted effort. It was just something that kind of happened from the word of mouth and publicity around the club and what it is. Sometimes you just get an amazing phone call or e-mail and it’s like, “We’re going to do this? Cool!” Honestly, when you have artists that are much bigger than the room, it is their decision to do something awesome for the fans, like in an intimate environment. It’s cool and fun to connect with a portion of their fan base in an intimate way. We’ve been able to do that a few times over the years, and it’s been awesome. Besides that, it’s usually either people asking me to do something at the club whether its agents, managers, or band members themselves. Then, we’ll hunt down artists ourselves that we want to perform at the club. It’s a combination of all those things with different people pitching in to make this a cool scene.

Are there artists you’ve said no to that wanted to play?

Yeah, I think that you’re responsible for what you’re putting on, and there are things we don’t necessarily need to do, whether we don’t like the content or we’re not really that into the band. It’s a struggle sometimes in that way because I’m not a crazy censor but a lot of times we don’t have room. It’s a little bit of both, but there’s a lot going on. Some decisions where we don’t want to do this are usually few and far between. We’re just focused on what we want to do.

Do you feel like the area has grown since you’ve both been up there? I don’t want to say it’s remote, but there aren’t a lot of venues around there.

Do you think Williamsburg is pricing out some of the smaller venues?

I think yes and no. I guess in Williamsburg specifically, the battle is waging between businesses and real estate in general. I think venues are a part of it, but it depends on the lease you have and the market value of the real estate around you. Then it’s about trying to operate under these new expensive terms, which may not work out for anything, like a venue or a café. It’s not really great for doing small business unfortunately, or at least not for a time longer than your lease allows. It’s unfortunate because people grow attached to their community and businesses that they have known, and when those things get wiped away they are replaced by chain stores. It impacts the crowd of the entire neighborhood, and that sucks. I think Death By Audio is a casualty of that for sure. Those things generally don’t last a long time due to their approach, but that place was special. It was amazing and I was a big fan of it, and they had a really good run. What ended up changing around them made it difficult, and the change was rapid.

I’m sure you had a notion of how Saint Vitus was going to be. Did it surpass every expectation you had when you decided to open?

I think so. There are a lot of things I couldn’t imagine. I wanted me and Artie and George to make it a cool kind of rock club, hoping that people would gravitate towards doing this New York style of metal, rock, and punk in the style of L’Amour and CB’s and Coney Island High, all of these other New York spots. People were down with it from day one and we’ve been able to grow to provide a better experience and the level has gone up. Hopefully it continues. It’s been satisfying and really cool and there’s been things that happened that were really unimaginable.

What’s your biggest obstacle been, or what do you see it continuing to be?

I think obstacles are constantly in flux, if that makes sense. There is one issue that seems to be a big hurdle, and then six months down the line you forget about it. I try not to pay attention to them but to vanquish them more than anything else.

Let’s talk about the David Lynch Foundation events coming up. How did you guys get involved with it?

Erik from David Lynch Foundation hit me up, and again this is a case of listening to people. I think that’s important. It’s about taking the space and using it for what people really want to be in there, you know. We like things like fundraisers that we can put our weight behind. It makes sense. He came to me with the idea of doing a showcase at Vitus and the mission of what it was and how specifically to bring people to this transcendent place. People who listen to metal and this kind of music, me included, have felt the meditation through sound before. We talked about the aesthetics of that for a while and the meditative part of the mission and bringing it to the at-risk population. It’s really cool and I didn’t know as much about it until I spoke to him. It made so much sense and he phrased it perfectly. I was like, “Yup, I get it, let’s do this. That’d be great.” It was a whole sort of partnership.

While Earth gives itself to TM, the second show is more eclectic and something you wouldn’t necessarily have booedk at Saint Vitus.

I wouldn’t say that. The definition of some of the things that JG and bands like Soft Pink Truth do, there are a lot of people who inform their music by their experiences in other music. Obviously, Soft Pink Truth is a big black metal fan, and it really informs what he’s doing. Aesthetically speaking it’s electronic music, but all of this is an interpretation. It’s important to take a look at everything and to try to explore the different flavors. We have had a lot of shows that have been pretty similar in scope.

There are only two shows booked right now via DLF. Do you think it’s something you would want to continue to do in the future?

Yeah, absolutely! Whenever a concept is that strong, and the partnership really works, it makes sense to move forward. It’s been a pleasure to work with them.

It’s amazing that Earth is sold out already.

It went really quick. Cult of Youth and Dream Police are really good bands. Everyone playing is talented and interesting in their own cool ways. Overall, it’s going to be really great to raise this money for the cause and use music as the vehicle. It always seems to be a really good formula, and it just feels right. 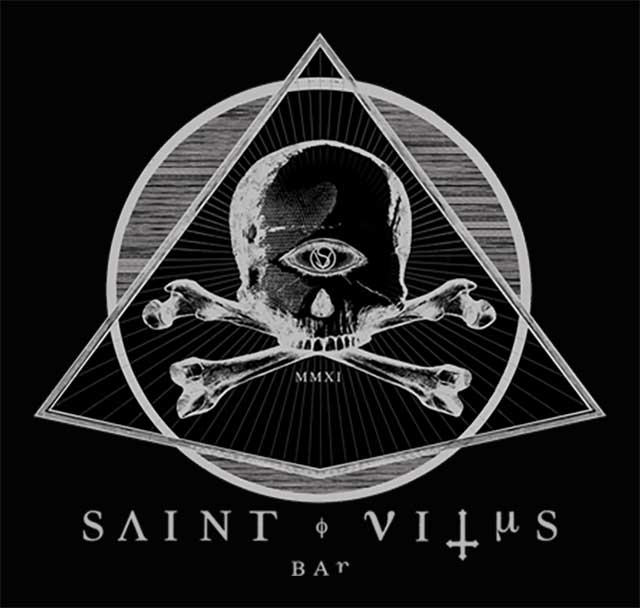