As we all know by now, everything is cancelled and everything sucks. Mayhem was supposed to tour this US this Spring as part of the Decibel Magazine Tour. We spoke with Teloch of Mayhem to get his thoughts on what’s been happening.

What have you all been up to since the tour has been cancelled?

Right now we have all been in quarantine for 14 days so not much at all. Myself, I’ve been trying to get some office work done but nothing much has been happening. We’re not going to able to work for two months now because of this tour cancellation and because our festivals have also been cancelled.

Not sure what we’re going to do in this downtime. Maybe compose some stuff.

The 14 days is almost up so we might see each other but it’s not something they (the government) wants us to do. They want us to stay inside and not see anyone.

Do you have any insurance or anything that helps with the losses from the tour?

No. We have no insurance at all. The loss is growing every day – it’s some new cost every day. So the loss is still growing. It’s insane.

The merchandise sales have helped but there’s still a lot left. I hope people continue to buy as soon as the shipping starts up again.

Do you have plans to come back to the US after this coronavirus issue subsides?

I hope so. Our team is working on moving things around so we can come back as soon as possible. As soon as this virus calms down a bit. I hope it will be the Decibel tour again because that sounds like a cool thing to do.

You shifted direction on the newest record, Daemon, a bit. Is this something you decided from the get-go or is it something that happened as you went along working on these songs?

We had an idea. All the Mayhem albums are different anyway and its not like we were going for a certain kind of mood or style. But what we all agreed on this time was to make it more simple. Simplify the fuck out of everything we did on this album. That makes it a challenge. It’s very hard to write simple stuff and still make it sound good and make it interesting and keep people’s attention. So that was the whole main goal of this album.

What happened with Hellhammer?

It was an old injury that came back. It’s come back again now since we’ve been playing so much live. But he will be fine again. He already is starting to get better. So that’s good news?

Why did you go from Season of Mist to Century Media?

We just wanted to try something new. There’s no bad blood or anything between us and Season of Mist at all. We are still good friends. We wanted something to freshen up the band a little bit because we thought everything was moving so slowly. And also, for this album… this is probably the first album where everybody in the band contributed to the song writing. So it just felt like we needed a fresh start or something.

What was it like for you stepping into Mayhem?

What music are you listening to in quarantine?

I haven’t been listening to any music at all while in quarantine. I’m just watching television for 14 days… I’ve been watching the new HBO series, ZeroZeroZero, that was really cool.

Is everything in Norway like a ghost town now?

We’re still allowed to go for walks. We’re allowed to go to stores. All the schools and pubs and restaurants are closed. It’s a bit calmer than usual… but it’s fuckin’ perfect, I think.

What can American fans do to help you guys in Mayhem right now?

Go to our site and buy a t-shirt… or 52. I hope we come back and I hope people buy tickets if it’s possible for them. 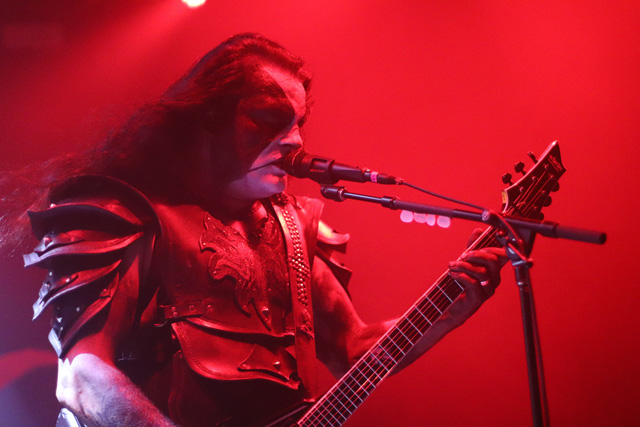