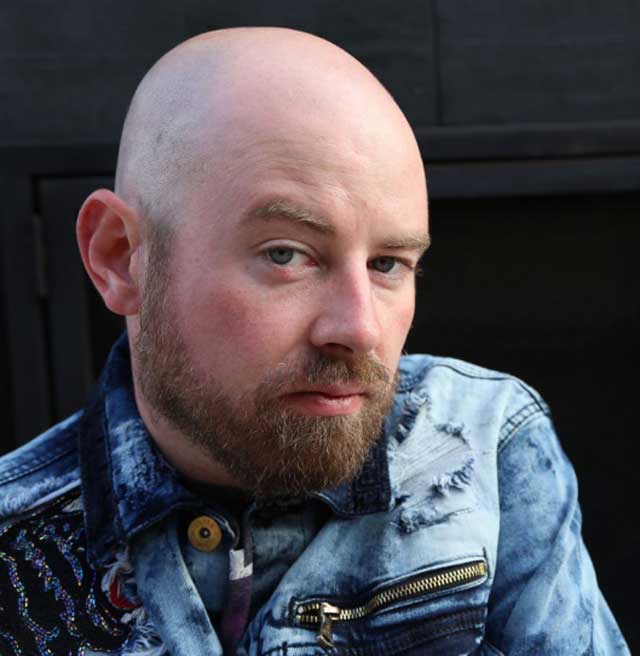 After years of hard work with notorious artists in the business such as Steve Ferrone (Tom Petty and the Heartbreakers) and Nathan East (Eric Clapton), music Producer Bill Scott is ready to release a record of his own with, You Got Nothin. Before the COVID-19 outbreak, we caught up with Scott to discuss his new music, heavier influences, and more.

How long have you been working on your new album, You’ve Got Nothing?

It’s been probably a year and a half, getting maybe even closer to two years. Some of the songs on there, they’re even songs that I wrote, ten years ago. Basically, the album came out of the producer, heard a couple of my tracks and was like, “Yo, why aren’t you releasing this stuff?” So I kind of went back and found a lot of old material and then by doing that, it triggered me to write new material. I guess the record itself, about a year and a half, but some of the songs are ten years old.

Sure. A lot of it is kind of a dissolute reverence. I look at the world through a pessimist lens with a slight tinge of optimism, but I tend to see the bad in things and then try to find the good from there. Some of the other themes in the album, some of them are just love songs about relationships gone awry. There’s a song on the record called, “Baby G,” which is kind of me realizing I was investing too much time in a relationship that wasn’t going to go nowhere, but I still wanted it anyway. Then other songs on there are, “I Want to Get Wasted,” which is the first single. That one I wrote basically, hearing a bunch of pop songs in a grocery store and everything was about partying and what you wear and concessions that you have. And I go, “Man, this is just really vapid.” So I was like, “I’m going to write my version of a vapid party song.”

It does sound like a party track. I heard some pop elements in it as well. What made you choose this song to be your first single?

It’s my version of a party song and I view it as like the everyday person’s party song as opposed to a lot of hip hop and pop. It’s not about what you have and what you own, it’s just more about, “I’m just trying to have fun on a very low budget.” When I listen to a lot of hip hop artists and stuff, they may be making money now, but a lot of them when they’re writing these songs, they’re projecting an image that they’re actually not even living. I wanted to project something that was far more real that normal people could relate to. You’re out of money, so I’m just going to take the last bit of money I have and buy some whiskey and have fun with my friends, more of just like an everyday person song, not trying to showcase the things that you pretend that you have.

Do you have any heavier influences?

I do. Yeah. Actually, I was looking at some of your interviews and some of your pieces that you wrote and one of the ones you did with Opeth. I grew up playing in a hardcore and metal band. I played in a black metal band for a long time, so I listened to a lot of bands like Opeth, but I also listened to Emperor and Burzum and then your standard, it’s like Metallica, Megadeath, Testament, the thrash scene kind of stuff. When I actually first moved to Los Angeles from Boston, I moved out there with a math metal band kind of in the vein of Dillinger Escape Plan. So once that band broke up, I stayed around the metal scene just because it’s my friends and enjoying the music. But professionally, I actually started working in a lot of pop/hip hop realm stuff because that was where you could make money. My guitar playing influence, it all comes from the rock, metal, and punk scene.

It’s nice to open doors to different music genres. I was curious since you said this album took about ten years to make, what have been some challenges getting this record together for you?

I guess with some of those songs taking ten years, two of the songs on the album I actually had released with a band previously. So I just redid them and had them remixed for this record. Two of them were already previously released. That’d be, “Starbucks Girl,” and, “Fix Me.” Then, “I Want to Get Wasted,” I believe I wrote in 2014. The other one, “No Lives Matter,” I think I wrote around the same time in 2014. So those were just kind of sitting on my hard drive. I just kind of wrote those for fun in the midst of working on other stuff.

Then the title track, “You Got Nothing,” I sent to the producer, Greg Prestapino, because he was actually film supervising for a movie and was looking for songs for the movie. I sent him that track and he loved it, and he was just like, “Where has this been hiding?” I said, “This has been sitting on my hard drive,” and he goes… Because we had actually been producing some artists together and he was like, “Well, did you ever consider being an artist?” I said, “Yeah, five, six, ten years ago when I had my bands. So I moved into the production world.” He was actually the one who kind of really pushed me to get back into being an artist.

What got you into being in the LA production scene versus music?

Well, I still primarily work in music. Even in that example, Greg was a film supervisor or music supervisor for film, so he was trying to place some music into the films. The majority of work I do is I do a lot of studio work, I do production and I do mixing, and I’m also a guitar player for hire for a lot of bands around LA. The majority of my work is all music based, but the getting to LA was really based upon I grew up in the Boston area and I grew up in the hardcore scene playing with… My bands would play with bands like Converge and Cave In. So that was kind of my bag and then I would be working in New York. When I went to Berkeley College of Music, I was traveling down there and then a friend of mine got a production deal with Steve Ferrone who was the drummer of Tom Petty and the Heartbreakers.

When I was twenty one, I got flown to LA to play on his record and I had never been to LA. I realized I was playing with some of the biggest people in the business that I’d never had access to while I was living on the East coast. After staying in LA for a week, I was kind of like, “You know what? I should try this first,” because I’d already been a part of the New York scene and the Boston scene, and I had never had anything that’s high profile that I did in LA. So that kind of just forced my move to go to LA. Plus, I was like, “I can get away from the really shitty weather.” Now that I’m in London, I’m like, “Oh yeah, I remember what this feels like.”

I would say that it’s kind of a culmination of a lot of what I’ve worked on in my life as a career, but it’s definitely far more focused on the songwriting aspect than any kind of technical aspect, which is what I used to be more concerned with, especially as a guitar player. The songs themselves, whether some of the songs on the record or are tongue in cheek jokes, and I feel like some people, most people, especially when I’ve done it live, they seem to get the humor. But I can imagine some people will hear it and not see that I’m looking at things from a dark place and I’m trying to make some humor out of them, almost kind of like a Frank Zappa kind of thing. But then also if you take songs like, “Starbucks Girl,” those ones are more in an optimistic realm. I’m just trying to write really good songs that people can identify with. Even though there’s nothing crazy playing wise, I want people to realize that it’s refined and every part that’s chosen is chosen for a reason. It’s not trying to be flashy, it’s just trying to be enjoyable for someone to listen to and identify with.

Basically, being real and funny at the same time.

Right. Look at the problems in the world. I look into a lot of things politically in a political realm, but I’m not trying to be political. I don’t want to alienate anybody for whatever their particular views are when it comes to the very divided things that we see going on in the country. I don’t want someone to be turned off by my politics. What I want is if you can hear something in my song that speaks to you, the politics don’t matter. So if I say something like global warming, I’m not trying to shove anything in anyone’s face, but I might write about it and maybe something that I write about that would resonate with someone who doesn’t necessarily have the same view. I do feel like we have to get back to a place where everyone’s open to talking to one another. We don’t necessarily have to agree, but keeping that avenue open I think is going to create a better dialogue for everybody as opposed to shutting something down before you hear anything.

It’s good to express your opinion and not for somebody to believe in X, Y, or Z.

Maybe something I can say triggers something that wasn’t thought about before, or at least if you like one song on the record and it’s your favorite thing and then you hear another song and you’re like, “Oh, I don’t know if I like this guy’s politics,” if you liked the music enough, you can say, “Well, I don’t like this guy’s politics, but I love this song so he can’t be a bad person.” Right? Some kind of common denominator.