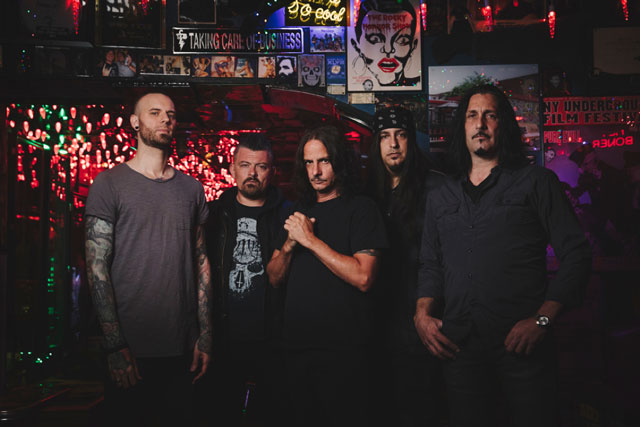 Silvertomb’s debut album Edge of Existence was released today (11/29 – order here) via Long Branch Records. The project formed back in 2017 by Kenny Hickey (Type O Negative, Seventh Void) along with Johnny Kelly (Type O Negative, Danzig), Hank Hell (Seventh Void, InHuman), Joseph James (Agnostic Front, In Human), and Aaron Joos (Awaken the Shadow, Empyreon). Lyrically, the music focuses on dark subjects, including addiction, love, suicide, and the death of Type O Negative singer Peter Steele. Musically, the group is considered a blend between Pink Floyd and Black Sabbath. However, moving through the surface, their music is painfully disturbing as they do not sugar coat our bleak reality. We caught up with Hickey to discuss Silvertomb and Edge of Existence.

How long have you been working on the album, Edge of Existence?

Around 4 years, on and off.

It came together slowly out of SeventhVoid.  Our guitar player Joe James was the first addition. As the music developed and synthesizers and sound effects were added we brought in Arron Joos on keyboard. The name change to Silvertomb came some time after Joos joined us.

The record touches dark subjects and I was interested in knowing more about the title and album artwork for ‘Edge of Existence?’

The title came to me after I had been awake writing and drinking in the studio all night and I had been standing outside having a cigarette and still drinking around 8am. I watched people all around me on their way to work, getting in their cars and hustling by me with their heads down and their earbuds in. I felt extremely marginalized and isolated from them.

It’s difficult to listen to this album and I mean that in an amazing way. I feel the darkness and pain. How was it for you writing this record?

Some of the songs were written traditionally with a beginning, middle and end, much of it was written as isolated pieces of music that captured a memory or a feeling and were arranged together later on the process. There’s always a crux you hit in each piece of music-but there were moments in the process that were cathartic and flowed out, like the lead break for “Eulogy.”

Are there any particular songs that are dedicated to Peter Steele?

Most of the record is pulled from my own experience and the people closest to me. The only song directly about Peter is “Sleeping on Nails and Wine.” It’s not even a song really-more like a snapshot of a part of him and some of the things he struggled with.

Life can get brutal and ugly. We tend to rely on self destruction during these times but for you, over the years, what have you done to get through hard times?

I don’t deal with stress well and often turn to alcohol but periodically use physical fitness to deal with it as well, which has probably somewhat balanced a lifestyle of extremes. The most consistent thing that gets me through is my wife and 2 daughters.

Do you have any additional material throughout your career that you wish to bring to the surface?

I have a good amount of additional material, whole songs and fragments that I have to remember to destroy before they ever get out into the world.

We’ll be touring for Edge of Existence in 2020. Most of the next record is written and I would like to develop and record it in the time between tours. 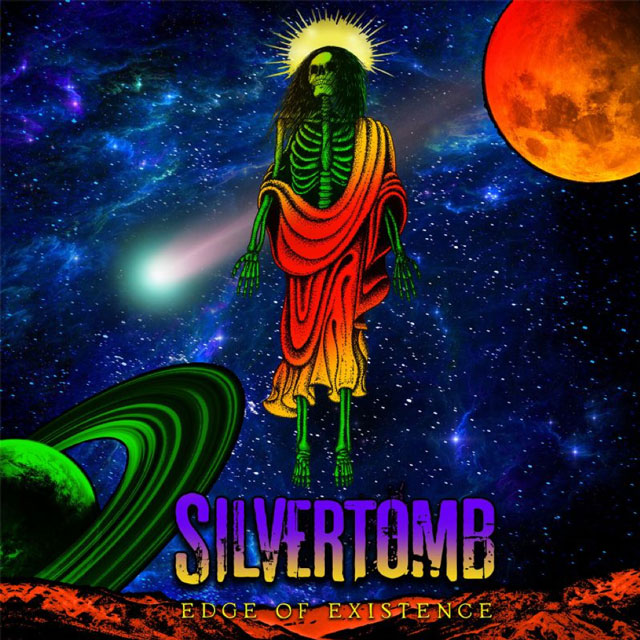