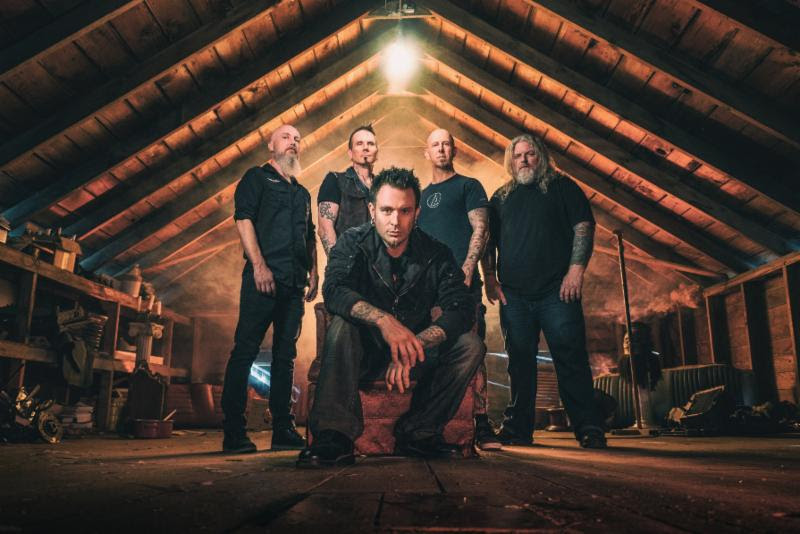 Imonolith, the new project featuring Jon Howard (Threat Signal/Arkaea), Ryan ‘RVP’ Van Poederooyen (Devin Townsend Project), Brian Waddell (Devin Townsend Project), Bryan Stroud (Strapping Young Lad/Fear Factory), and Kai Huppunen (Methods of Mayhem/ Noise Therapy) was officially revealed last summer as they shared a demo track of “The Reign.” Since then, the group unleashed a music video of “Hollow,” which has somewhat convinced us Imonolith will not have a similar sound to bands such as DTP, Fear Factory, Strapping Young Lad, etc. Instead, their style has a mix of different heavy metal elements. While the group hasn’t revealed an official release date to their debut full-length record, we caught up with Ryan on their overall formation and plans for this year.

Can you talk more about how Imonolith started?

Basically, how it all started is Brian Waddell and me, we played in the Devin Townsend Project, he plays bass, and back in 2015, while we were in between albums, we decided to start writing together. We had common interests, and he said, ‘hey let’s write some music together.’ We started doing it, and we’ve been writing for a few years. Fast forward to 2018 in January; The Devin Townsend Project went on an indefinite hiatus.

Brian and I were jamming around with Byron Stroud at the time, and we said, ‘hey man, you should check out these new tracks, what are you thinking?’ Byron loved it and said, ‘This is awesome.’ I said, ‘well, you know, we’re available now. DTP is on an indefinite hiatus, and we really want to do this.’ We got Byron in the band, and then we followed up with Jon Howard, our singer, and Kai Huppunen as our second guitar player. That’s how Imonolith was formed.

Is there anything you can reveal to us about a new full-length album or EP this year? 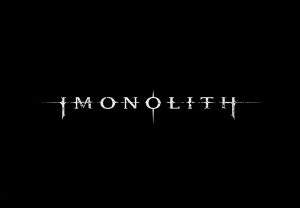 Do you have any shows booked yet this year you can share or are they still in the works?

We got some shows that are booked. It’s easier to get out there and do it right away. We booked a whole western swing in Western Canada. We’re doing a show on February 23rd in our hometown, Vancouver and then we’re going to be doing a show March 1st in Calgary, and a show on March 2nd in Abington. Those are the only shows we have booked now, and because we are just starting to get everything out there. We’re working on tours and releasing the record, but those are what we have coming up for right now.

During your time with DTP, did you guys know it was coming to an end after making Transcendence?

You know what? Yeah. We did. Because technically we’ve been through this before with Devin. I also played before in Devin Townsend’s band, which was different than DTP and when Strapping Young Lad dissolved, he did the same thing before with the Devin Townsend Band. We had been through it before, and that was back in 2006. When he created DTP in 2009 and the touring live band, he said he was going to go for it, and he did, but we knew, especially in 5-6 years later, we kept getting the vibe that, ‘ok this isn’t going to be forever and that the band could be put on a hiatus at anytime.’ And that’s why Brian and I started writing back in 2015. We had an idea, we never thought it would be on another album, but we thought hey, let’s start writing because you never know when Devin is going to pull the plug, and that obviously happened in January 2018. 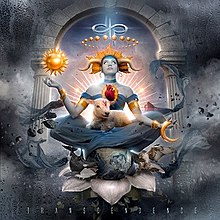 At least it brought you guys out to Red Rocks.

That was incredible. That goes down as one of my favorite gigs I’ve ever played; that and Royal Albert Hall. We played some massive places that are bigger than that but those two venues are still iconic and Red Rocks, that gig was a dream come true, for sure.

I don’t think a venue can beat the sound over there with the natural acoustics from the mountains.

Totally. It was awesome. I went out to the soundboard to watch Opeth and Gojira that night, and both bands sounded incredible, and what we heard from the people, they said DTP sounded amazing. So, it was just overall an incredible day and night. 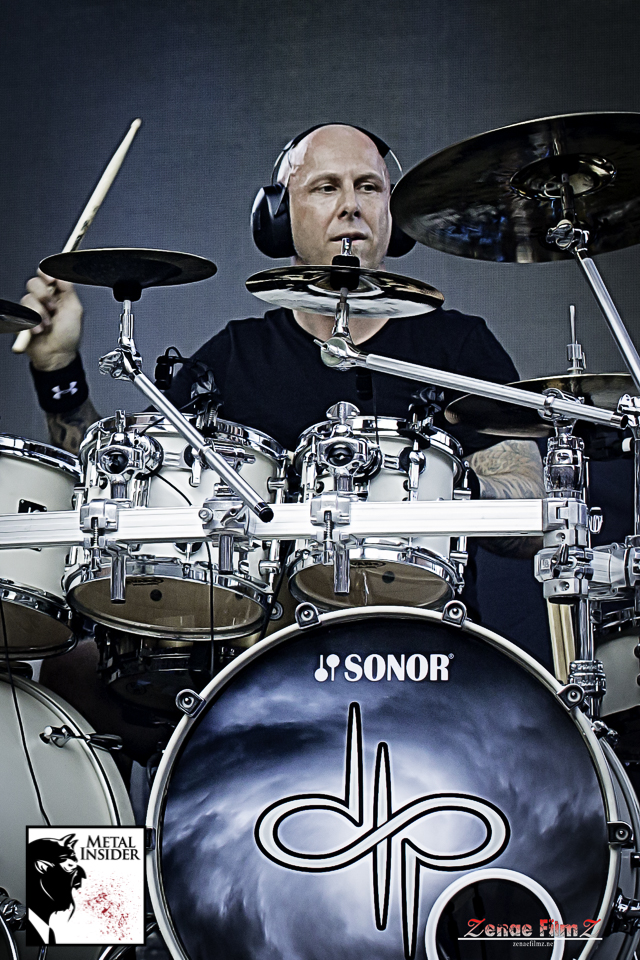 In the press release for “The Hollow,” you mentioned the song is more about a positive message and for those to remove negative thinking. I was curious, do you follow any theories such as the ‘Law of Attraction,’ that mindset of manifesting your own destiny?

Yeah. Of course, I know about that, and I think it’s just a degree of what they talk about, everyone follows it in their own way. But, it’s not like I’m grabbing all of the literature I can to read up on it. The bottom line is, I’ve done a lot of really cool things in my life like being a teacher, and a modern drummer or getting the big drum endorsements that I wanted. Or even landing the gig for Devin Townsend, was obviously a big moment. I think the only way you can get there is from believing in yourself, being positive, working your ass off and perseverance.

Going back to the song “Hollow,” the song’s about social standards and self-expectations, it can drive you to a point if you’re not meeting those social standards and expectations that you end up feeling Hollow. The song’s more about making sure you don’t have all of these limited beliefs and negative thinking lead you there but, prevent it instead. It’s a positive message. I think that’s the best way to answer that question.

I’m not following the ‘Laws of Attraction’ daily or anything like that but yeah I’ve read up on it, and I can completely relate on certain things when it comes to that. This song is definitely a positive message, just to tell people, ‘hey you don’t have to feel this way, there are ways to prevent it instead of going down that road.’ 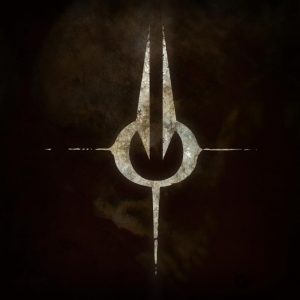 I agree. Speaking of the song, it has a mix of styles that it’s hard to pinpoint and categorize which metal spectrum you land. I heard some alternative metal to hard rock to a little bit of grunge as well, what was it like piecing different elements together like that?

It’s interesting because even though we have similar influences from the band, we have very different ones as well. I think you’ve put it perfectly, there are a few vibes throughout the song, and that’s just taking all of the different influences we have and putting it into this. But the band overall, for example, we have songs that are heavy, and more like metal, then we have catchy stuff as well like “Hollow.” There’s more where that came from too. And then we have stuff in between but, this band’s growing as well. Let’s not forget that Brian and I had the majority of the material written over three years ago when we decided to put a band together around it. The sound was already formed and what not, but the band’s growing and the other members definitely put their other touches into the music. It’s evolving, but it can range to metal, to rock to hard rock, and everything in between.

We don’t want to be a one trick pony; we’re trying to do whatever we want, to be honest. That’s one thing we take from DTP. I love the fact that Devin did whatever the hell he wanted to do. There were no limits, he just did what he did, and we’re kinda doing the same thing. A lot of people may expect it to sound like The Devin Townsend Project or Strapping Young Lad, or Fear Factory or Threat Signal or something, that’s not the case. We’re doing our own thing, and we just want to present ourselves.

I agree. It doesn’t sound like DTP, Fear Factory, etc.. I was surprised when I first heard the song but enjoyed the direction. Have there been any challenges since forming the new project such as finding all of the members?

Not really. There was a period where we had Jed Simon from Strapping Young Lad he was initially the second guitar player, but it was only for a short time, just a few months. We realized his songwriting wasn’t fitting in with what we wanted to do and it was vice versa too, it was a mutual agreement. He wasn’t digging what the four of us were doing with the music. It didn’t work out but he’s a brother to us, we’re great friends. He’s an awesome guitar player, awesome songwriter, and especially an awesome person but it just didn’t work out.

We decided to split ways mutually, and that’s when we got Kai into the band. That might have been the only bump in the road, and it was very short lived. We don’t consider it a bump, and it just wasn’t working. Other than that, it’s been smooth sailing.

The thing I would like to say too is, we’ve been taking our time with this. We’re not trying to rush this, and that’s why it took us a year to get our first single out. We could pop out an album a few months later, right now, but that’s not going to happen because we want to make sure it’s done correctly and done right. The last year has been awesome and we’ve been very smart with how we’re going to release the band to the world. 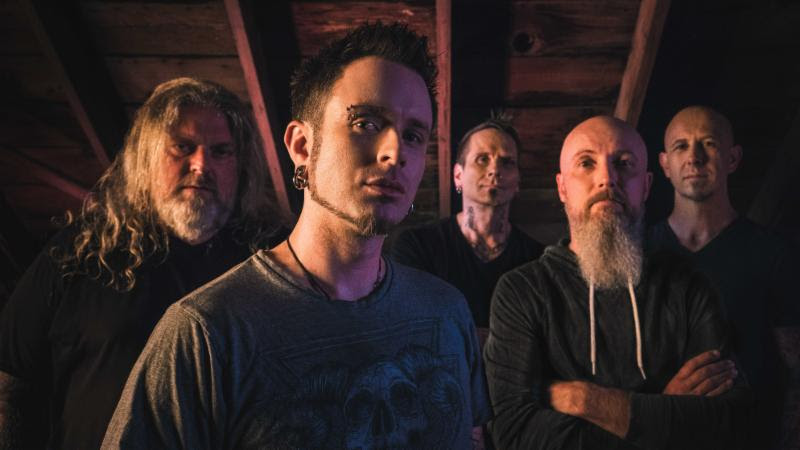 How has the reaction been so far from the fans?

It’s been awesome. I think every band deals with their supporters and people who have expectations on what it’s going to sound like; then you have your haters. We knew there were a lot of people hoping it would be this nonstop crushing metal all the time because of Devin Townsend/Strapping Young Lad members being in the band right? And then there were other fans expecting it to sound prog because The Devin Townsend Project was prog metal and it’s not either of those things. Definitely, we have metal in it, but we aren’t a prog band, what so ever.

We already discussed we’re more of a hard rock/rock/metal band. And the overall response has been incredible. Tons of positive, of course, there are some negative comments where it wasn’t what people were expecting. And you go with that but to be honest with all of the promotion, it’s been an amazing response, and we’re really happy with it.

I’m looking forward to hearing the debut. Last thing I want to say is there anything you want to add or say to your fans?

Obviously, the album is coming out summer 2019; we’ll drop another single with that. The bottom line, which I have to say, to all of the people who are supporting us, which is a lot of them as it’s building every single day, thank you so much to those people. Thank you to people like yourself who are putting a word out, without all of that, there’s no way we can do any of this. And with all of the people who support us, it’s awesome, it’s overwhelming it’s great and endless thanks to all of you guys, we appreciate it. We have a lot coming up, and we want to tour our asses off, all around the world. We want to release this album, put out more music, more videos, we’re working very hard to get it all done, and you will hear a lot from us very soon.