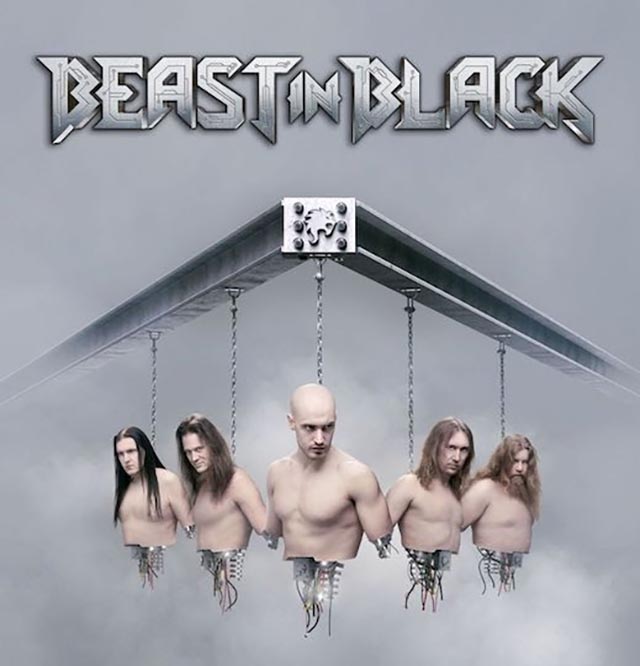 With three albums out, how have things changed for you post Battle Beast?

I’m happier. Also much busier, haha. But the essential things in my life haven’t changed. I’m still writing songs as inspired as always and that’s the thing I wish to do until the end. I’m lucky that I’ve found guys like Mate, Kasperi, Yannis and Atte to not only be band members but also close friends whom I can trust and together ride this vehicle called Beast In Black toward new visions and achievements.

How would you compare Dark Connection to 2017’s debut, Berserker?

Definitely heavier but also more disco/synth driven. And from a visual point of view it is more interesting and clear. When you look at the album cover artwork, promo pictures and the music video(s) you can instantly grasp the concept – cyberpunk.

The video for “Moonlight Rendezvous,” plays like a short film. Can you talk more about your experience making the video?

I’m glad you feel that it’s more of a short film than a music video because that’s what we intended. It was an extremely long and difficult process and it would have NEVER been done unless it was for our director-writer Katri Ilona Koppanen. She jumped right into this mad challenge and dedicated herself to this vision way beyond what we could have even dared to imagine. It took almost one and a half years to make it and it all started with writing a fully detailed script based on the song’s story and lyrics. The lyrics themselves are based and inspired by ”Armitage III,” ”Blade Runner” and ”Battle Angel Alita.” Obviously the shooting required significantly more days, locations, money and a bigger crew than an ordinary music video would. But now that it’s finally out there and it seems to be gaining a growing appreciation from our fans and viewers, I believe we can say it was worth doing it.

From kicking off the album with “Blade Runner” to having futuristic CyberPunk themes, can you talk more about the album’s overall concept?

Most common theme on the album is dealing with the connection between humans and humanoid robots. Where does the line go, where does one choose to stand when logic, rules, temptations and deep emotions are in conflict in an unforgiving world. Apart from cyberpunk themes there are three songs about the manga and anime ”Berserk.” Those songs are ”Dark New World,” ”To The Last Drop Of Blood” and ”Broken Survivors.” ”Berserk” will always be an essential part of every BIB album yet to come. Those of you who aren’t familiar with ”Berserk” but are curious, I can warmly recommend you to start by watching the original anime from the 90’s. Then there are a few songs which are kind of hybrids of my personal experiences and cyberpunk feelscapes and dreamscapes.

Can you talk about the songs “Highway to Mars” and “Dark New World?”

”Highway To Mars” is based solely on the aforementioned ”Armitage III.” It’s about a policeman who starts his life anew by taking a one way ticket to already colonized Mars. Upon his arrival he encounters a young woman named Naomi Armitage, who is quite a feisty handful. ”Dark New World” is set in the post Eclipse world of ”Berserk” and takes you inside Guts’ mind. Guts is the protagonist who has sworn to not rest until his unfathomably deep desire for vengeance is fulfilled and the world cleansed from the swarming demon apostles.

What have been some challenges getting  this album together during the pandemic?

Well, actually without the pandemic this album wouldn’t have had the time to be made. That said, the album making challenges are essentially always the same. Recording, editing, mixing, producing… All this just simply takes time and energy, and the more time you spend with something, the more difficult it becomes to let go of it.

I hope that it will give our fans an enjoyable, inspiring and lasting listening experience! 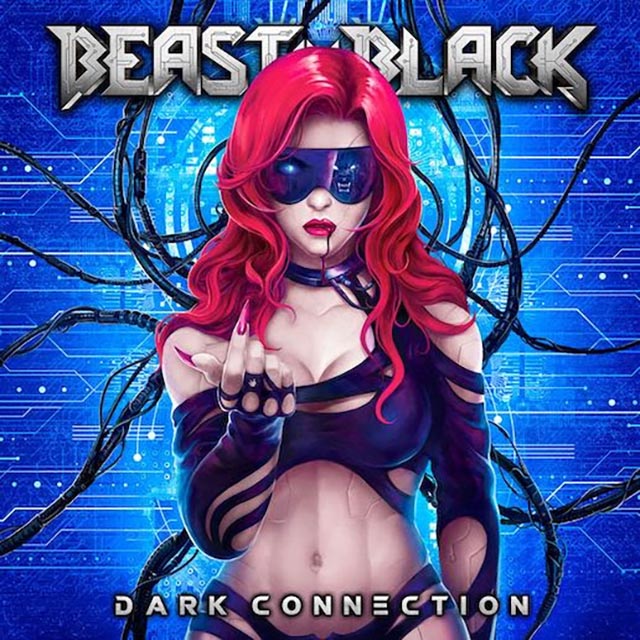