Hyro The Hero surprised his fans last year by releasing a few new songs, including “We Believe,” featuring Disturbed’s David Draiman, “Fight” featuring HellYeah’s Chad Gray, and “Retaliation Generation” featuring Ice Nine Kills’ Spencer Charnas. We asked Hyro to share five things he learned about recording music during the pandemic as he went into detail on how he learned more about patience throughout this strange time.

Timing was everything when it came to the studio to create these new songs everyone is hearing. We started the music just a little before lockdown and we were right on time delivering some EPIC music. In those two weeks we didn’t feel rushed, but felt a great and steady vibe. Matt Good and I clicked instantly, so it made everything that much easier. Everything felt like it was meant to be and meant to happen at that time.

Dealing with the lockdown has been an incredible test of patience. As a musician we found out our tours would be  cancelled and we would be going the whole year without any plans of them coming back. We are still fighting this battle against this virus and I believe I have truly learned what patience is all about. We came up with great ideas to still put out the music we made and were also able to work with amazing artists like David Draiman of Disturbed, Chad Grey of Hellyeah, Spencer of Ice Nine Kills and others… Me and my team found a way to make things work and move forward even with the lockdown.

Every song I make I want to make sure there is a great message the listener receives. Usually the music is what guides me, I rarely write lyrics before I hear the beat, that way I can give the listener what I feel the music is telling me. At the same time I want the listener to also be able to get whatever message they feel from a song, that’s what I love about creating music.

Not playing live has been very tough for me since that is a big part of what I do. My live show is full of energy and a great way for me to connect with fans. Plus I love jumping off the stage and in the crowd to join the mosh pit when the time is right. Even though we can’t perform the same, I did have a taste of the live feeling in my recent live stream with Ill Nino and Fire from The Gods. It felt like heaven getting up there and rocking out with my band like we used to. I can’t wait to hit the stage again.

I feel like 2020 was such a divisive year . People were separated mentally, physically, politically etc. I’m all about unifying people to see the bigger picture. My music is the platform to express the power of the 99% unifying and finding a way to get on the same page against those that seek to divide and conquer us. We fall for so many tricks to keep us separated that it’s a constant battle to find peace amongst each other. I hope to show Unity in my music especially with all the amazing features I have who come from all different backgrounds. These songs could not be as good as they are without coming together as one for a common goal. 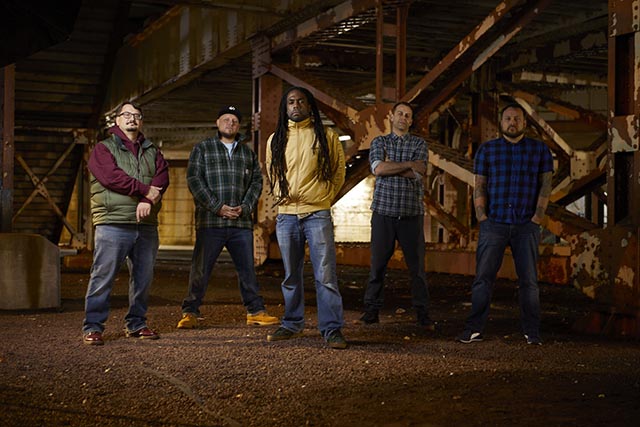