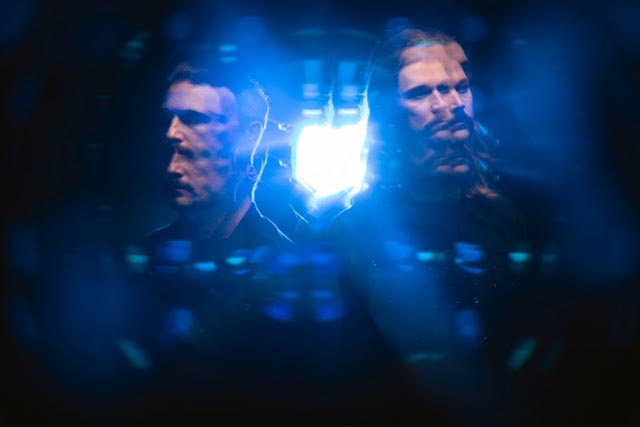 New York City duo Fliege’s new album, One Day They’ll Wonder What Happened Here, was released on November 4th. The conceptual record works as a retelling of John Carpenter’s 1982 classic film, The Thing. We caught up with guitarist Coleman Bentley asking him five things he learned recording music during the pandemic.

Quieting the echo chamber is necessary from time to time

While listening widely and attentively is important, NOT listening can be equally valuable. The sudden shutdown of the world in March 2020 canceled shows and delayed new albums. This provided a natural opportunity NOT to listen—to forget the trends, to clarify our sound, to rediscover old influences. By the time new music was coming out and shows were happening again, we had written ‘One Day They’ll Wonder What Happened Here,’ an album that sounds like ours and ours alone.

I don’t want to discount the catastrophic impact the pandemic had on touring musicians. Even now, with shows happening at a pre-COVID clip, the industry’s economics remain broken beyond repair. That said, stepping away from the ancillary crap that comes with commoditizing music reminded me of why we all started doing this in the first place: Because nothing on earth feels like a lyric,  riff, and blastbeat all clicking into place like a puzzle piece. Writing songs is the only part of being a musician that can’t be corrupted and the pandemic, despite all its bullshit, stripped the rest away. In that time, we wrote 11 tracks—one split and our second LP—and each one remains near and dear to me.

When I started recording guitars for ‘One Day They’ll Wonder What Happened Here,’ I was in the middle of a two-month illness cycle that included bronchitis, a sinus infection, and various hearing issues. It put me on my ass. I had no energy, felt like hell, and when I listened back to what I recorded during that period, I could hear it. Mostly that was a bad thing—I had to chop, change, and re-record more than a few parts—but sometimes it worked. When making nasty, sick music, sometimes feeling nasty and sick is exactly the inspiration you need. This can be heard in the woozy, feverish intro of “Glaciers of Eden Pt. 2,” for instance; a late addition that elevated not just that song, but our record as a whole.

I developed a bit of a gear obsession during the pandemic and judging by the used market, I certainly wasn’t the only one. Everybody was sitting around working on some long-mooted musical project, convincing themself that a vintage rack compressor was just the secret sauce their release needed. Most of this was for fun/sanity’s sake, but it also produced results. ‘One Day They’ll Wonder What Happened Here’ is Fliege’s fullest, warmest, heaviest sounding record to date, and it was recorded with the platoon of pedals and old, lead-heavy valve amplifiers I bought and sold during the pandemic. Who needs friends when you have a roaring Dual Rec to keep you company?

You’ll watch a lot of movies. Write about one!

The number one most important thing to remember for the next pandemic is that you’re going to watch a lot of movies. Try writing an album about one. Initially we didn’t want to do a concept album about ‘The Thing.’ We felt the film was perhaps too well known and its narrative warmed over one too many times (that 2011 prequel, ugh). But then I sat down to watch it and saw the organism not as an alien but an infection. We felt the isolation and paranoia firsthand because we were all living it everyday, seeing the freezer trucks outside the hospital down the street holding all the bodies that were piling up. So we used that. We wrote a record about it; about one of the greatest horror movies of all time that became real right before our eyes.