French metal outfit Dagoba have been celebrating their new album, By Night, which arrived on February 18th via Napalm Records. Today (22nd), the band has shared a lyric video for the song “Sunfall.”

“We are stoked to release a lyric video for our track ‘Sunfall’. Although we already have released four video clips for our new album ‘By Night’, we had the feeling that also this track deserves a video… Now, you can all sing along at home to our single ‘Sunfall‘!”

Metal Insider recently caught up with vocalist Shawter to discuss their new album.

How has the response been so far for the new album, By Night?

Everything’s good so far! Reviews are great, fans seem to enjoy the album, some big media picked it up and gave interest to the band for the first time ever, we are happy !

In addition to the latest lineup, how would you compare By Night to 2017’s Black Nova?

I would say that the main difference is that on By Night each chorus is the highlight of each song. Because of the intro (Neons), the interlude (Break) and the outro (Stellar), the album is more cinematographic too.

We had plenty of time to work on the arrangement. This record is full of gimmicks! That’s maybe the only good thing I’ve found on this damn pandemic.

Can you talk more about the songs “Bellflower Drive” and “City Lights?”

Just like “Summer’s Gone,” “Bellflower Drive” is a journey itself. It starts with a Pantera like riff, continues with a modern metal vibe, the bridge brings the audience to some synthwave and a lead guitar, and it all ends into an orchestral fade out. “City Lights” is more easy, a modern metal song with some new wave influences.

What was your experience creating the video for “On The Run?”

We shot it in an abandoned mall in Bolton, UK. It was a long day, but the actress was spectacular to watch. I’m so bad acting, that it was just great to watch her playing her role.

We had to wait for the night because of the neon lights so it was a bit cold but the result was worth it a thousand times.

Thank you so much for your support, we can’t wait to get back to your fantastic country! 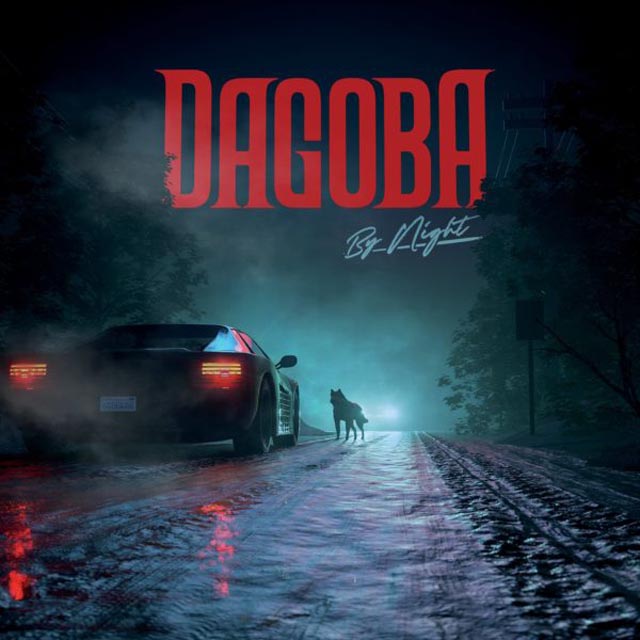 Dagoba will be joining Infected Rain for a European Tour next month: 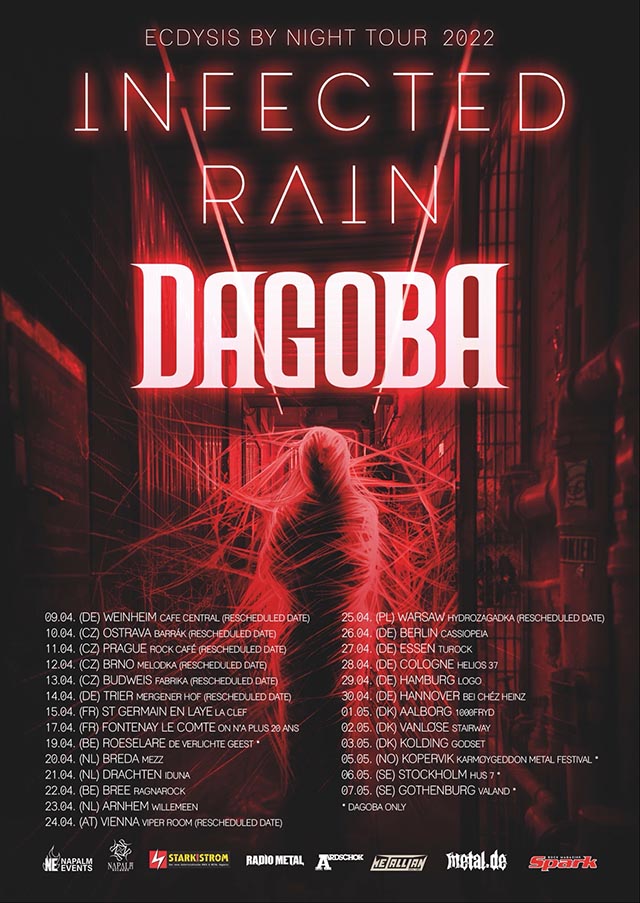