Hjelvik’s debut album, Welcome To Hel, has finally arrived on November 20th via Nuclear Blast (order here). The new Norwegian blackened Viking metal outfit is a solo project of ex Kvelertak frontman Erlend Hjelvik, which executes themes of death, darkness, and Norse mythology. We recently caught up with Erlend to discuss the record, signing with Nuclear Blast, and more.

How long have you been working on your solo project?

I started working on it early last year. So, pretty much, yeah. Early January, I spent about six months writing it, both music and lyrics. We recorded the album in September, October. So yeah, it took about 10 months, I would say.

Welcome to Hel couldn’t have arrived at a more perfect time since 2020 has sure been a hell of a year. How has this experience been for you, promoting your solo project and album during a pandemic?

Yeah, it’s kind of both good and bad. The weird thing is that normally I’d be preparing for a tour to support the album and that sort of thing, but you can’t do that now. So now I’m just focusing on rolling out this release the best we can from home. And here in Norway, we also put the record out on our own record label, so that takes some extra work. So in a way it’s kind of good that we have some extra time to just focus on putting this release out right. So, yeah. I definitely look forward to things getting normal again, and touring. 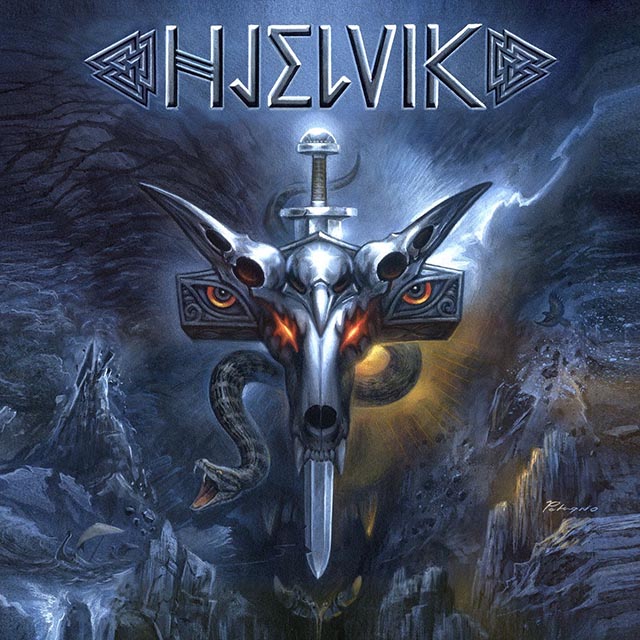 Yeah. It’s a loose concept. All the lyrics are based on Norse mythology and Norwegian history. So, they deal with death and the Norse underworld, the hell. Also Belhalla and Ragnarok and those stories. I write about those kind of things, and I find ways to make it personal to me. Like, I wrote about dying and Norse underworld hell, probably because I was processing leaving my old band and that sort of thing. So, it just came out the way it did.

How was it signing with Nuclear Blast?

Yeah, that was pretty easy. My manager sent Nuclear Blast an email, and luckily they wanted to do it. We had the music recorded, and the whole album finished before we approached them. So, they could just hear the finished songs then. Yeah, luckily they were on board pretty quickly. So, that was cool. That’s a long dream come true for me.

What songs were more challenging for you to write on the new album?

With the world being so uncertain right now, do you have any plans for a live stream or virtual tour?

Yeah. I’m not thinking I want to do any live streaming yet. Ideally I would have some touring, have a tour under my belt before you start doing a live stream. Because if you want to show yourself from your best angle and if you haven’t had a chance to go on tour, then it’s not your best because you can’t really practice in the practice space for doing a live show. You have to go out and actually tour. So, I think we’ll just be doing touring first and then maybe later on at some point it would be cool to do some streaming thing.

I hope fans that liked my previous work in my older bands, that they’re going to like the new music that I made, because I feel like I’m kind of doing the same thing that I did before, only now it’s extended to the music and not just lyrics and singing. So, yeah. I hope people will be into that, and it would be great if they would support the band by ordering the album and merch and that kind of stuff. So, they can do that on my website, Hjelvikmetal.com.

What made you choose the arrangement? Because the song Father War just really took me right into the album.

I agree with you. I hate when albums trail off at the end of the album, and yours didn’t seem to do that. It keeps you engaged. And the first song, to me, is always the most important, because if you can’t engage to it by that first track, then it’s kind of hard to get into the album. But, it was good.

Cool. Glad to hear that. Yeah, especially these days, people are getting shorter attention spans, so it’s important to have a good first song. I agree.