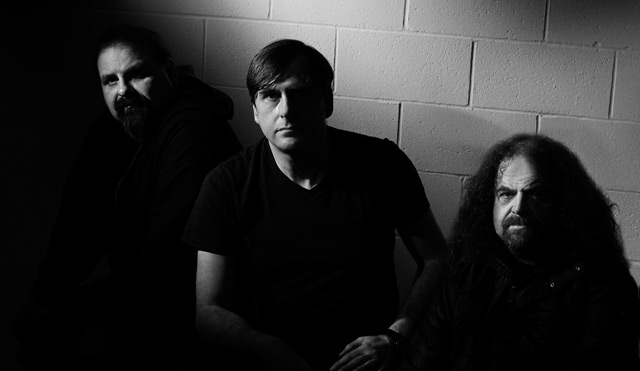 Napalm Death’s new mini album, Resentment is Always Seismic – A Final Throw of Throes, arrived on February 11th via Century Media Records. We caught up with frontman Barney Greenway to discuss the mini-record, touring during covid, veganism, and more.

What sparked the idea to create a mini album over an EP for Resentment is Always Seismic – A Final Throw of Throes?

To be honest, it’s something we’ve been wanting to do for a while, but we just didn’t have the materials to do it. So we’d finish an album. We didn’t have enough songs to justify doing a mini album, but this time we did. And the thing about mini albums was always, remember back in the day going to underground gigs, usually punk gigs. They’d have a record distro and you’d find something in the racks from a band that was playing that night that you didn’t even know who they were at first. I used to love that kind of sense, a little mystique. We just wanted to kind of do that in that spirit.

Did you guys have any challenges recording new music during the pandemic?

No. I mean, to be honest, we were lucky in the sense that the album was about 80% done when the pandemic started, when we were just finishing the tour as well in Europe, and just everything just started to close down once we finished the tour. As regards to the album, everything was recorded. It was just a matter of mixing it, you know, mastering, putting the songs in the way we felt was the right order so we didn’t have to go try to come back to the studio. It was already done. It was just a matter of the engineer doing that sort of thing. But we were ready to go so we didn’t have to pull ourselves through that kind of testing and see if we could record as we did at all during the lockdowns.

Can you talk more about the song “Resentment Always Simmers?”

Well, t’s kind of a hybrid, musically between more mid-paced, very identifiable Napalm Death. And also on the other hand industrial elements. The vocals on there are very sort of I guess late eighties, early nineties kind of industrial style, at least to me. Musically and lyrically it’s about resentment as an emotion, of course, is a completely overpowering thing. It’s about as far as you can go and what I’m saying is it’s just the thing that I was trying to capture was when people resent, who hate other people or however you want to put it, it’s the end degree or  the end result. I would suggest that a lot of times people don’t actually know why they hate people and that can be very dangerous. It can lead to intimidation and violence and ultimately murder. You know so that’s what I was getting with that one.

Strong feelings definitely do lead to one direction or the other. You also covered the Bad Brains song “Don’t Need It, what made you choose that one?

To be honest, we could have chosen a thousand songs, but I wasn’t in the studio when that got picked. But I believe John Cooke the guitarist just kind of suggested it and they were like, okay, let’s do that song because we had a cover song to do. So we wanted to do a cover because we do like recording those.And then John suggested everybody that. I was like, Yeah, well, that’s great. You know, let’s do this.

This year marks quite a few album anniversaries for you guys including 1992’s Utopia Banished, and 2002’s Order of the Leech, what are some memories you have from making these albums?

You know what? I have to be honest. For the amount of time I’ve spent in a studio for over  these thirty years, I don’t actually remember that much of it. When I would go into the studio for my own parts. It’s a mix of spontaneity and just being the ultimate focus, basically I mean,  I don’t like other people being around when I’m in the studio. I’m not because I’m being rude or anything but just like I’m so focused on what I need to do. I like to go like, bang, bang, bang, you know, when I’m recording takes keep going and going and go, one take, after another one take after another. And yeah, no, actually, I don’t record in the traditional way, like in a separate room with a static mic and a pop screen. I record as I would perform  live. I run around right with the microphone, you know, so it’s, it’s pretty strange. People find it quite strange when they see, because I literally run around in the studio sometimes, it’s in the context. It’s a little different. 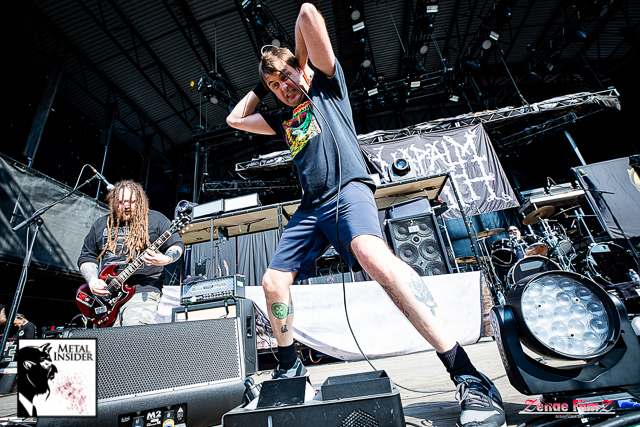 I can actually see you running around while recording. Tours are either happening or getting postponed these days and Napalm Death has quite a few shows coming up. What kind of protocols have you heard between touring in both Europe and North America?

Well, we had protocols on the last tour, on the GWAR tour.. Are you talking about COVID protocols?

Yeah, we had some for the GWAR Tour. It was weird because it was all too strict to start off with and then it got a bit loose, you know, and I’m not being critical of anybody when I say that but naturally, you know, just kind of slack off a little bit. I don’t know what the current situation is in the States, how much that’s been enforced now because in the UK now, all the rules are pretty much gone in terms of the legally enforceable rules you know, the venues are not asking for COVID tests anymore or anything like that. So I don’t know in the States we haven’t been told anything to be honest before we start this tour in April. So I guess it’s just wait and see you know?

They’re definitely coming down on the rules a little bit, but I think it still depends on each state out here. And I know on the airplane you currently have to wear a mask. But it’s definitely getting more relaxed.

Sure, sure. Sure. So, yeah, I mean, I don’t know the answer. I mean, I only know what the UK is like right now. I don’t know enough if we have to wear masks on the plane. To be honest, at this point, I might be wrong, but it seems that that’s the way it’s going. But is  it right or is it wrong to do that at this point? Because COVID’s actually still pretty much out there, in the population. There are people that are more vulnerable to illnesses, so I don’t know  if that is really the right thing to be relaxing things too soon at this point but who can say?

It has been two years, so I guess we’ll find out sooner or later.

Yeah, but I have to, you know, if cases are still out there and it’s still that much. I mean, you still have to protect people. You can’t just go to somebody out there who has authority and say, well, it’s been two years. So we just, just relax. It’s up to whether the strains are not infectious or dangerous. You know how many people have put the strain on the health service that that’s what it’s about.

You’re spot on, that’s very true. Over the last few years we’ve seen plant-based diets become pretty trendy, even for those who eat meat. What are your thoughts on the overall progression seeing more places accept meat alternatives for vegans and vegetarians?

I think it’s fantastic. Whatever gets it more into the public consciousness, you know. It’s a great thing. There’s a lot of people that are choosing to eat vegan like half of the time or something like that and that’s fantastic. or, you know, I mean, sure, it’d be great if the whole world went vegan. And I think actually at some point, because of the environmental pressures that farming brings about, you know, animal farming, I think it will happen at some point into the future. There will be no choices about it, for sustainability purposes. But yes, in the meantime, fantastic. I think it’s a really good thing and also the above and beyond that the people are just more generally educated about where food comes from, the supply chain, stuff like that and the treatment of animals, in farming this is everything I’ve ever thought of in my own small way, Everything I’ve always fought for. I always thought it was the right way to go, you know, so yeah, it’s I don’t think there’s any turning back now. I think it’s time. It’s fucking fantastic.

Is there anything else you want to say or add about the new mini album?

Yeah, just hopefully people like it, I suppose. a simple thing to say. The songs were definitely not an afterthought. They were songs that were left over from the album, you know, but we felt they were strong enough to stand alone in the form of a mini-album. Hopefully, people enjoy it. The art and the general packaging of it is very stripped back because we wanted to keep it simple. So, hopefully it makes the impression I think it’s pretty strong. We certainly didn’t make it, you  know, like we got five minutes to figure this out, let’s just put it out. No, there was equally as much thought went into it as well as the packaging around the album did. It’s just that it was never going to be as extravagant, you know, it was always going to be a stripped back But I think even that stripped back art on the mini album is still pretty impactful to my mind anyway. 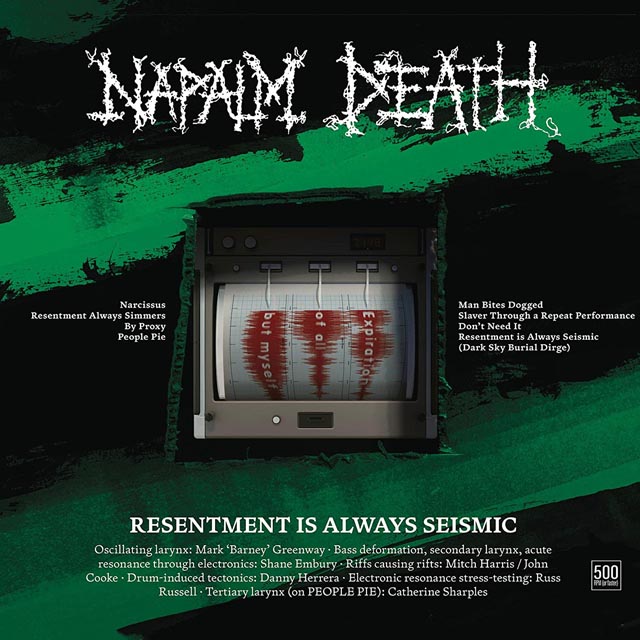