As previously announced, Metallica will headline both Friday and Sunday nights, with two unique sets, and Slipknot will take the main stage to close out Saturday.

With direct support from Bring Me The Horizon, Evanescence, Deftones and Staind there’s a style for everyone.

The full lineup announced today is as follows:

Weekend general admission and ViP packages are on sale now, but aren’t expected to last long.

To stay up to date with band additions, and to pick up tickets head to the official website here. 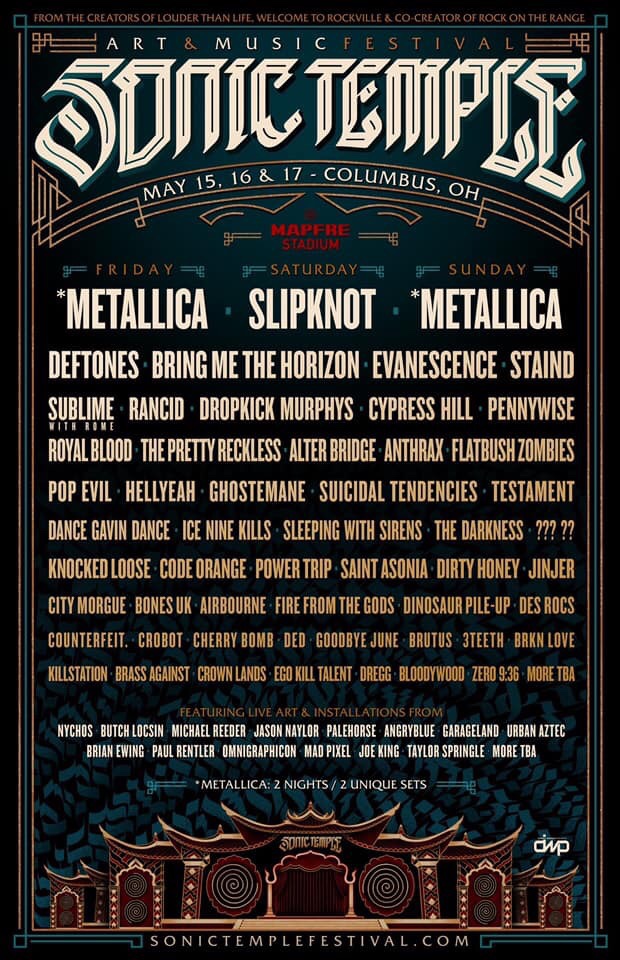