Today marks the last post of my wrap up from Beyond the Gates 2017 in Bergen, Norway. It was an overall incredible festival that went amazingly well. My highlights of Mayhem’s performance can be found here as well as Enslaved and Denner/Sherman. The final performances that I’m going to review are two more standouts from the show, Whoredom Rife and Cult of Fire.

I’ve previously reviewed Whoredom Rife’s latest release, and there was an amazing amount of buzz around this band leading up to the festival. In fact, the band, because of prior commitments, had to go on first and take a very early slot. No matter, the room was packed for the band in anticipation of an amazing performance. And, as everyone there will tell you, the band brought their A game. Clearly these guys rehearsed day after day, then rehearsed again… and then rehearsed some more. Just an incredibly tight performance that demonstrated how black metal can be dark and dirty but also be performed well with an eye towards musicianship and quality of craft.

Cult of Fire also gave a mesmerizing performance later that night. The band, hailing from the Czech Republic, came clad in dark robes with vedic and eastern designs. Performing behind a virtual wall of incense and smoke, the band delivered a crushing performance that turned many heads. Honestly, I never listened much to their recorded music, however, their songs come across much better and more clearly in their live show.  Definitely worth checking out.

Finally, I was able to ask one of the promoters, Torgrim Øyre, some questions about the organization of the festival:

Everyone was talking about the amazing sound every single band had at BTG.  How did you get such great sound out of these bands and keep the level of quality so consistent?

Well, first of we’d like to think that we have employed a very qualified crew to help out. Both on and in front of the stage. We also provide quality backline that works properly and the actual facility is a state of the art venue with a room designed for live sound.

How do you go about selecting bands for BTG?

It’s a pretty thorough process. We are a group of three people with different perspectives and tastes and we seek to find a line-up that works together as a whole and one that all of us can stand fully behind.

What challenges did you (or do you encounter) with getting some bands over to Norway?

The usual business with logistics and difficult flight schedules. We lost Sumerlands this year due to Norwegian Air cancelling a flight. So booking bands from far away can sometimes give you headaches.

A lot of big festivals folded in recent years, how are you able to keep festivals like BTG going?

I think the most important thing is to know your market, take small steps and, first and foremost, book with your heart.  Don’t speculate in what you think is going to sell. Festivals that are thrown together just to sell tickets often lack identity, so you need to know your limits and try do something genuine and real. If you’re not believing in what you’re promoting, why would anyone else? But the competition is though and everything is getting very expensive so it’s a fine balance.

What advice would you give to new promoters just starting out who want to create festivals like BTG?

Pretty much what I said above. Take one step at the time and you need to have something unique to be able to rise above. There’s too many festivals doing the same thing and obviously that won’t hold up in the end.

All photos by Jarle H. Moe 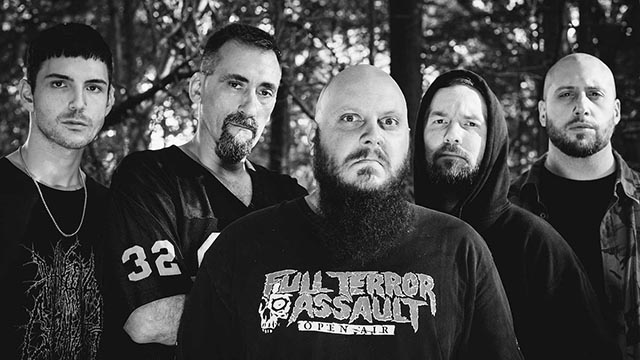