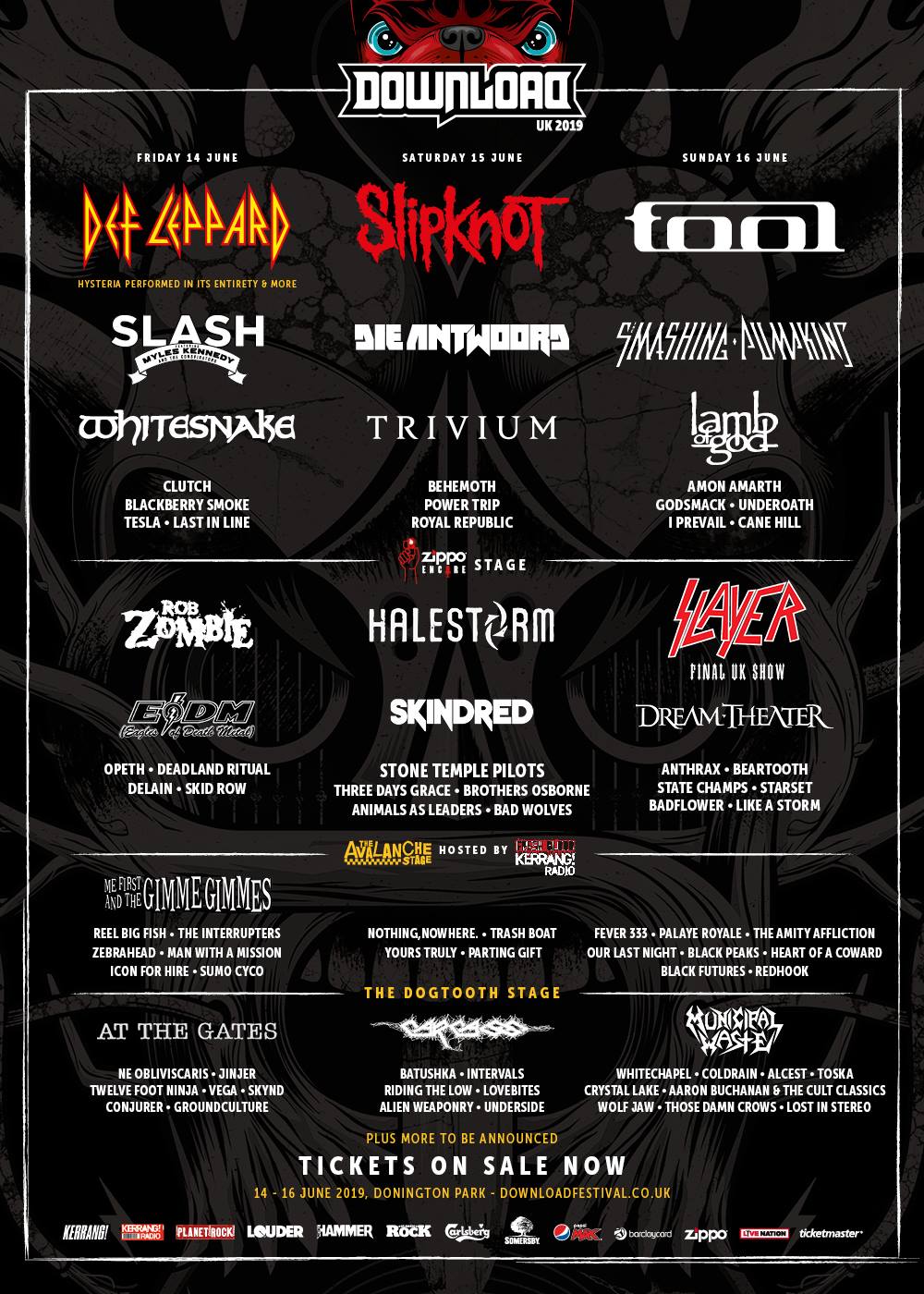 The third round of bands has been announced for the 2019 UK Download Festival. More than 40 artists include the likes of Stone Temple Pilots, Halestorm, Beartooth, Fever 333, Palaye Royale, and Skid Row, as well as At the Gates, Behemoth, Ne Obliviscaris, Intervals, Godsmack, Municipal Waste, Bad Wolves and Animals as Leaders.

The first round of bands was announced back in October and included headliners Def Leppard (who will be performing Hysteria in its entirety), Slipknot, Tool, Slash featuring Miles Kennedy, Die Antward, Whitesnake, Trivium and Rob Zombie. A second round included even more headliners like Slayer in their final UK performance, the Smashing Pumpkins, Dream Theatre, Lamb of God, Eagles of Death Metal and Anthrax.

The UK Download festival is set to take place June 14 through 16 in Donington Park. Ticket packages are available now. Smaller versions of the festival will also be taking place in Australia on March 9 and 11, and Japan on March 21 with Ozzy Osbourne headlining both.

With more than 85 bands already announced, there are still more names to come for the UK Download Festival. A full list of the bands playing so far is available on the festival website. 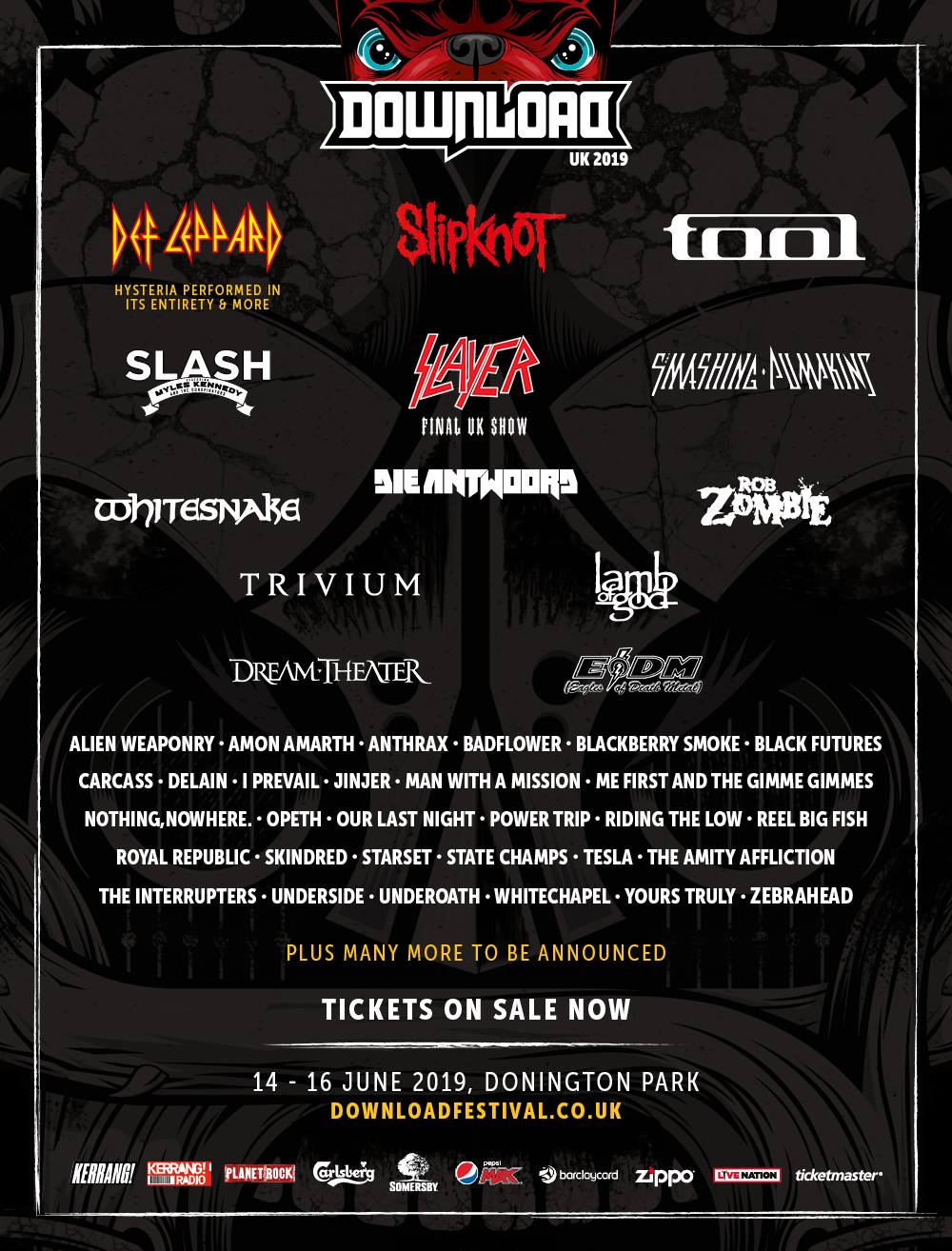