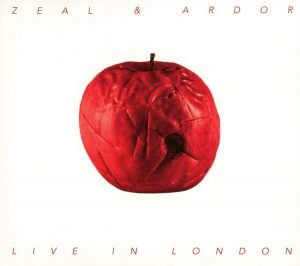 Experience Hendrix was awesome. If I had to say, Eric Johnson and Dweezil Zappa seemed the most faithful stylistically to Jimi’s recordings, but bassist Billie Cox definitely had the vocals. That said, Dave Mustaine clearly studied for the part even though he was only out for two songs. Overall everyone sounded great though, we were in the 5th row, right in front of the stage left speakers and everything sounded clear and well mixed. It was a fun show, and there was even a surprise appearance by Zakk Wylde, who who I think a lot of the older crowd did not appreciate as he shredded his way around the audience for the better part of a half hour. Yeah, from the audience, no, he didn’t have a wireless setup. That stage crew was kept on their toes every second Zakk was on stage (or off). Other than that I’m enjoying the new Tyr and Children of Bodom albums, some songs more than others: “Fire and Flame” and “Platitudes and Barren Words” are both awesome.

On an unrelated note, I will be out of town for the next two weeks for work. I’m going to have my computer on me, so the column will be happening, but at what level of detail I’m not sure.

Switzerland/US. Recorded live at the Electric Ballroom in Camden, London in December 2018. Includes 22 songs, a bold move for a band that only has two albums out, and it even has four other previously unreleased songs on it. 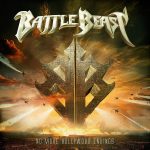