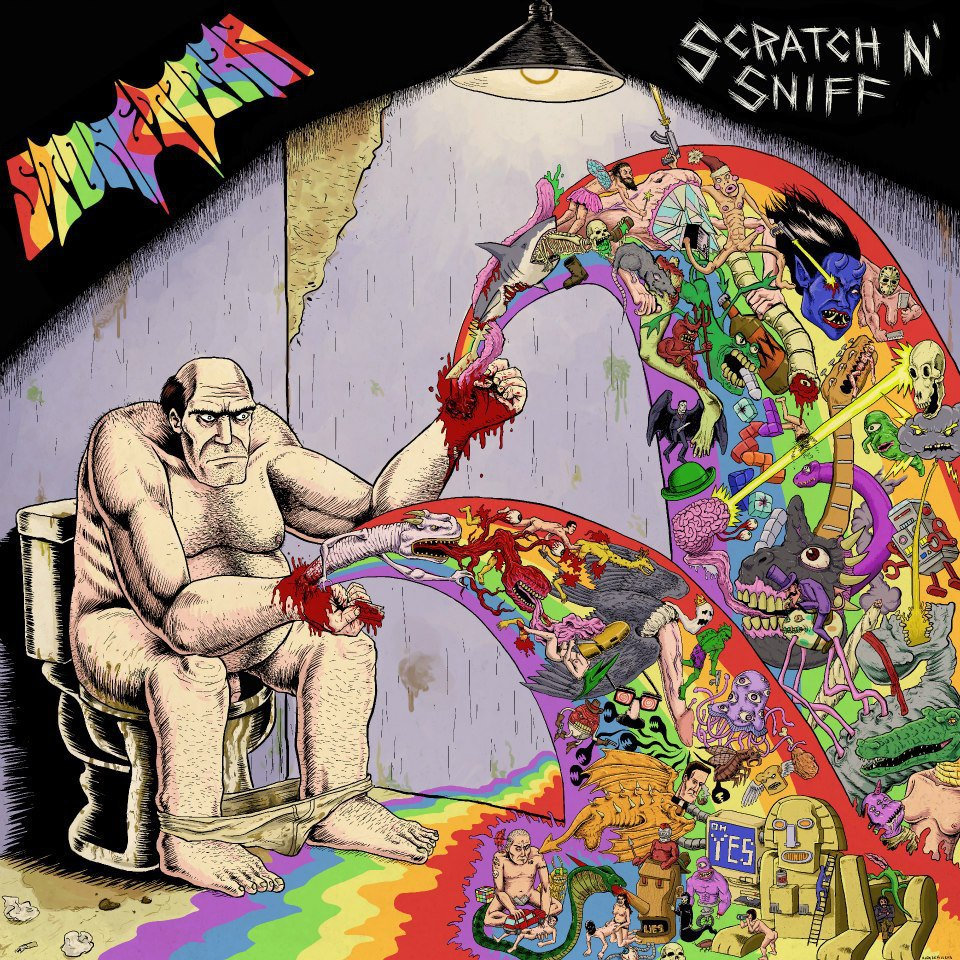 Here’s a question for you.  What do you get when you mix a doom metal power trio with the dirty, sludgy musical aesthetics of the smelliest swampland around?  You get the foundation of a recipe for Connecticut’s Stone Titan.

Let it be stated for the record that Stone Titan, collectively as a band, don’t give a shit.  When you write songs with titles like “I Wish I Was Fucking Dead”, or count down a track with “1..2..whatever..” that should become pretty obvious.  They don’t care if you like their music.  They don’t care if their tongue-in-cheek lyrics (or the ridiculously awesome artwork on their new album) offends you.  They certainly don’t care enough about your safety, dear listener, as they get into the proverbial 18-wheeler that is their new album, Scratch ‘N Sniff, and mow you down with it.   This album is a hundred tons of crushing steel bearing down at about 100 miles per hour.   (There’s probably a math problem in there somewhere that could help you calculate the heaviness of it all.  The short answer is “heavy”.  Period.)  It’s an assault to the senses at every turn.  Whether it’s the sheer abrasiveness of the material or the way they are able to make it feel like you are being crushed under its weight, Stone Titan have crafted an album that simply slays.  Throw in the occasional lyrical content with a silliness/self-loathing factor reminiscent of acts like Old Lady Drivers, Dead Horse, or Lawnmower Deth and this album is unlike any other doom/sludge record you’ll hear this year.

But with all of that said, it’s important to reiterate that Stone Titan are not some parody act.  These guys are not some doom metal version of GWAR.  So don’t go into this thinking you’re going to leave amused.   Stone Titan make music with purpose (albeit a demented one) and this album is the equivalent to your drunk uncle.   They might be fun to hang out with at first but there’s a combination of danger and depression there that makes you not want to get in the car with them at the end of the night.

Scratch ‘N Sniff is out now via Safety Meeting Records.  You can preview the entire album over at the Stone Titan Bandcamp page.