Winter, as we all know and depending on where we live, can be the harshest of seasons.  The biting cold, the mountains of snow, the winds that seem to peel skin and crack bone, all of it is an out-and-out assault by Mother Nature on our collective psyche at times.  Winter leaves more psychological scars on humanity every year than it ever does physical ones.  So it’s fitting that there’s probably not going to be a better soundtrack to the harshest of Winters than the newest album from Chicago’s Indian.

From All Purity is the fifth full-length album and second for Relapse Records from this troupe of blackened-noise mongers.  This band has made a name for themselves by making music that emits some of the harshest forms of aural punishment on the listener and their newest opus not only achieves what the previous four albums accomplished but possibly exceeds it as well.  It’s six tracks of pummeling, atmospheric, blackened doom that lives somewhere in some alternate universe where the evilest of sounds are worshiped for their darkness, their bleakness, their lack of all hope at all.  It’s almost as if Indian aren’t playing their instruments so much as abusing them and we are allowed to witness this display of musical debauchery like some sickening peep show.

But much like Winter, there is a beauty to this album as well.  When the dust settles and the storm blows out to sea you are left with this landscape that’s completely re-imagined.  Those of us locked in Winter’s icy grip for multiple months a year are forced to reinvent and re-prioritize.  From a musical standpoint, this album does the same, forcing the listener to take what they knew about doom or black metal, for example, and re-engage with those genres in new ways and with a more open mind to what possibilities lay within.  Could a doom record have vocals as harsh and rabid as what’s happening on a track like “Rhetoric of No”?  Could black metal and doom find a common ancestor and formulate some type of blood relation like they do on a tracks like “Directional” or “Disambiguation”? Does harsh noise have a home in either genre like it does on the track “Clarify”?  All subjective questions based on what the listener takes away from it but all things that Indian provokes on this album.

Indian are one of those bands whose sound is hard to categorize.  This album is not going to help your cause if you have some obsessive addiction to musical genres and the placing of bands therein.  But what this album will do is help you further appreciate the melding of various forms of extreme music into a cohesive and digestible art form.  Highly recommended for anyone who likes their music to not fit neatly into nice little descriptive packages.  From All Purity is out via Relapse Records on January 21.   You can experience the track “Rhetoric of No” over at the Indian Bandcamp page. 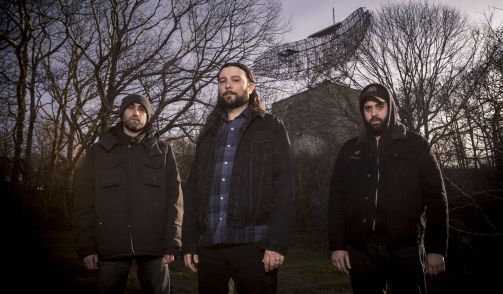