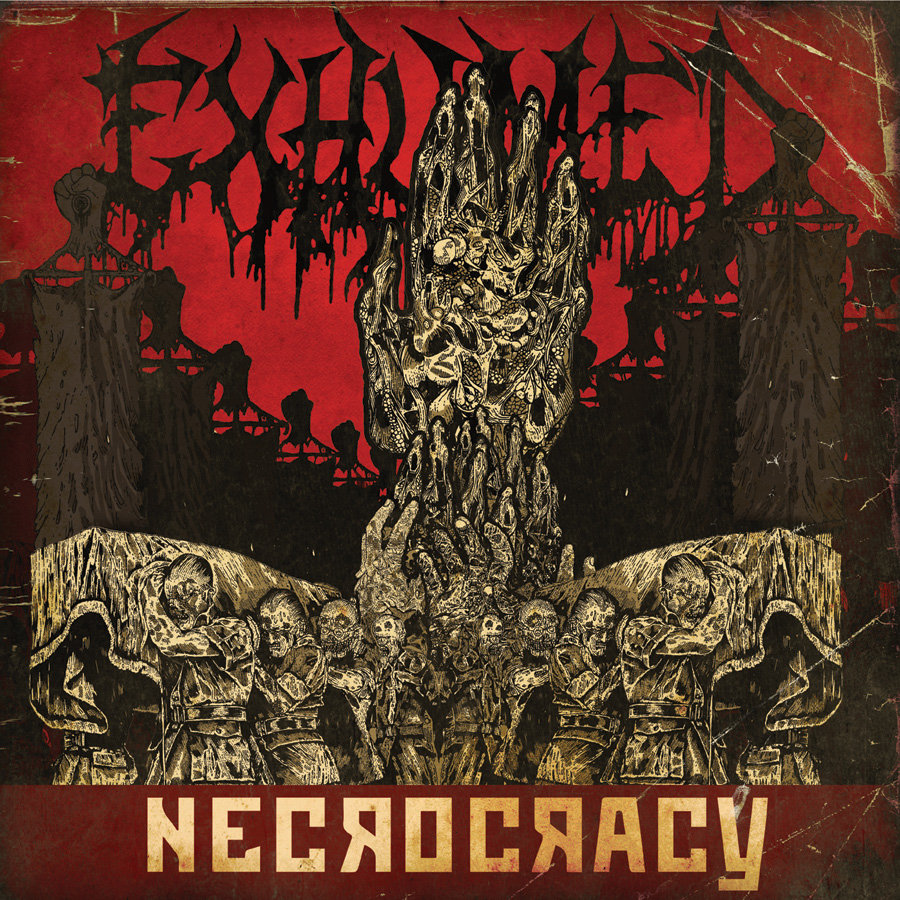 It’s a rare feat when a band can be in existence for over two decades and still put out quality material.  It’s an especially daunting task when you are including how extreme certain bands play it from a musical standpoint. Throw in multiple line-up changes and the fact that no one’s getting rich off of Goregrind/Death Metal and it makes the new Exhumed album that much more impressive.  Twenty plus years on the masters of “gore metal” are still as brutally abrasive as they were when they first set out to soak this world in sonic blood and that’s a good thing.

Exhumed has always been one of the more underrated U.S. death metal bands going.  Despite spending their careers on a prominent label (Relapse) they never seemed to get the full respect they deserved.  Maybe it was the bloody imagery?  Maybe it was the necrotic lyrical content?  (Most music journalists will turn their nose up at the first whiff of gore imagery.) Whatever the reason this album might finally right the wrong and Exhumed may finally be recognized for what they are: One of the best death metal bands in the world.  Exhumed has on albums passed played it fairly close to the vest from a songwriting standpoint.  Lots of galloping blasts of extremity; a distinct Kreator meets Possessed meets Carcass brand of death metal that was always so unique in a time when death metal was trying to make itself more accessible to the masses.  With their new album Necrocracy (say that five times fast) though Exhumed has melded the best of both worlds.  This album, especially when those sweeping solos come in on tracks like “The Rotting” and the title track, have a certain melodic element to them that we may not have seen fully realized on previous Exhumed releases.  Yet tracks like “Sickened” keep this album firmly rooted in brutality and showcase the death metal ways of old that these guys have clearly been worshipping for a long, long time. (Including a perfectly timed “Move Your Ass!” by frontman Matt Harvey right before the chunky breakdown.)

This is a band that’s churning out death metal that will separate the Trues from the Falses.  Kids who think that chugga-chugga, paint-by-numbers, garbage is extreme are about to get a rude awakening in the best possible way.  You can get your first taste of the insanity over at the Exhumed Bandcamp page where opener, “Coins Upon The Eyes” is up for your listening pleasure.  Necrocracy hits the streets on August 6 via Relapse Records.