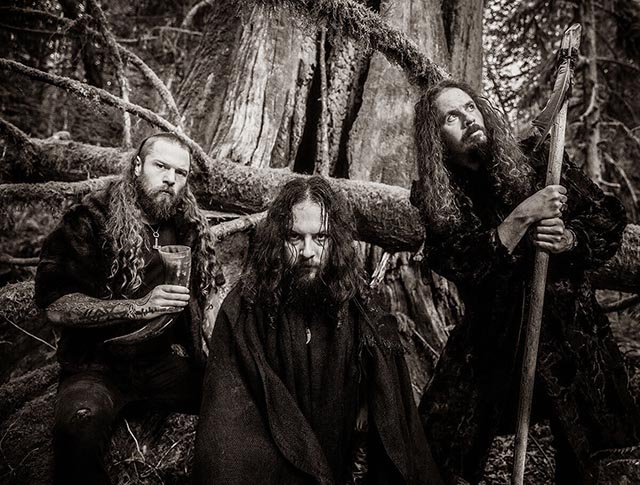 Wolves In The Throne room are set to release their new album, Primordial Arcana, on August 20th via Relapse Records. Today (5th), the group has unleashed a a video for the song “Primal Chasm (Gift of Fire).”

“’Primal Chasm (Gift of Fire)’ is an explosion of cosmic grandeur, a symphonic rendering of the hermetic maxim As above, so below. The lyrics are a dreamtime retelling of creation. The act of the universe creating itself comes from the same impulse—it all springs from the same source, the same union of fire and ice. It’s the interplay between polarized opposites, and it’s from their contradiction and chaos that life happens and music and the planets are created.”

In the visuals WOLVES IN THE THRONE ROOM are taking us on a journey through Cascadia, a bioregion that has been highly influential for the band’s aesthetics and sound. From the forests in “Mountain Magick” and rivers and streams in “Spirit of Lightning” we are following them to the ocean in their latest video for “Primal Chasm (Gift of Fire)”.

Tags: Wolves in the Throne Room