During Metallica’s long-awaited South American tour, James Hetfield opened up to the crowd before going into “Sad But True” at their show on Thursday (12th) in Brazil, revealing his own insecurities, stating:

“I’ve gotta tell you I wasn’t feeling very good before I came out here. [I was] feeling a little bit insecure, like I’m an old guy, [I] can’t play anymore — all this bullshit that I tell myself in my head. So I talked to these guys, and they helped me — as simple as that. They gave me a hug and said, ‘Hey, if you’re struggling on stage, we’ve got your back.’ And I tell you, it means the world to me And seeing you out there, I… I am not alone. I am not alone, and neither are you.”

His bandmates walked up to him during Hetfield’s speech and gave him a big group hug.

Fans have documented this moment and posted it in the below YouTube clips: 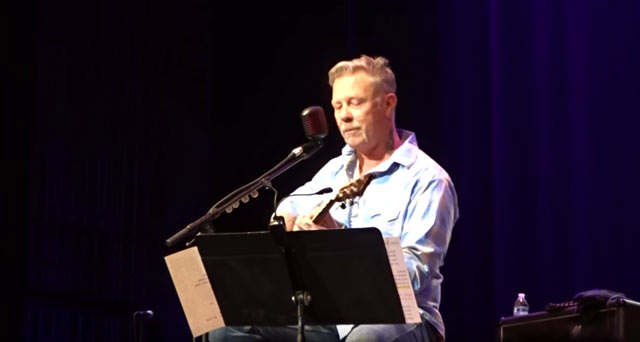