As the closing song on Job For A Cowboy’s Demonocracy, “Tarnished Gluttony” is the longest song the band’s written. It called for an equally epic video, and the treatment given to it by Michael Panduro fits the bill. It’s a beautifully-shot video, but the name of the site it debuted on, Bloody Disgusting, could equally sum up the disturbing tone of the NSFW video.

“‘Tarnished Gluttony’ originally runs off the idea of blind faith into our government and monetary system,” Job For A Cowboy’s Jonny Davy said. “The director ran with the idea and spliced it with a H.P. Lovecraftian twist. The video streams the fascination of religion and the actions people justify in the name of religion, and this video is a spin on the old biblical tale of Abraham and Isaac, however, set in the world of Lovecraftian mythology. The point is, acting blindly in faith to a Christian deity is just as absurd as worshiping squid like monsters from space who live under the sea.”

“As a commercial director, I’m a complete failure,” Panduro added. “The band asked for just one thing and I couldn’t deliver. Indeed, this video has no boobs.” 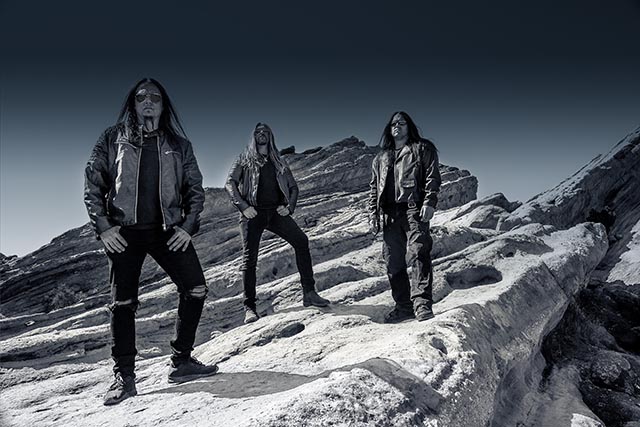