Canadian melodic power metallers Unleash The Archers have announced their new album, Abyss is scheduled to arrive on August 21st via Napalm Records. Their overall fifth full-length effort is a celestial, conceptual follow-up to 2017’s Apexis, and promised to be their strongest album to date. You can hear this in the teaser of the title track, which you can listen to below. The record is available to pre-order at this location. Engineering, mixing, and mastering was done by Jacob Hansen of Hansen Studios in Denmark, with production by guitarist Andrew Kingsley. The group has recruited Fleshgod Apocalypse’s Francesco Ferrini to contribute to the orchestrations on the album’s closing track, “Afterlife.”

“Our protagonist, The Immortal, is once again awakened at the beginning of our story, but this time he is in an unknown place: a ship out in deep space. He wanders alone for a time, reflecting on his misdeeds, searching for his new master. Finally, he finds him, and learns that it is the Grandson of The Matriarch, our antagonist. The Immortal had taken The Grandson’s father away some sixty years before, to be sacrificed by The Matriarch in a ritual to achieve immortality (the events from Apex) and now the Grandson seeks revenge against The Matriarch with the aid of her own weapon, The Immortal.

This album is a classic take on good versus evil, light versus dark, The Grandson versus The Matriarch, but it also uses the ‘person versus self’ literary device in that The Immortal is battling with the good and evil within himself, and must decide in the end if he is simply a tool for others to use, or a man with free will and the ability to choose his own path; a struggle I think every human can relate to.”

The Deluxe Earbook edition of Abyss features the entire album in instrumental as well as two bonus tracks – synthwave and gothic folk-pop versions of “Abyss” and “Soulbound”, respectively. This is something we have never done before, turning our singles into something completely different!

I hope you enjoy our alternate interpretations of “Abyss” and “Soulbound”, because they honestly show a side of us as musicians that we probably wouldn’t be able to showcase otherwise. We all listen to a lot of different genres of music, but these two bonus tracks give huge insight into the music we were listening to as we recorded Abyss… not just metal, but synthwave, pop, and even a bit of country!”

Check out the teaser and album details below: 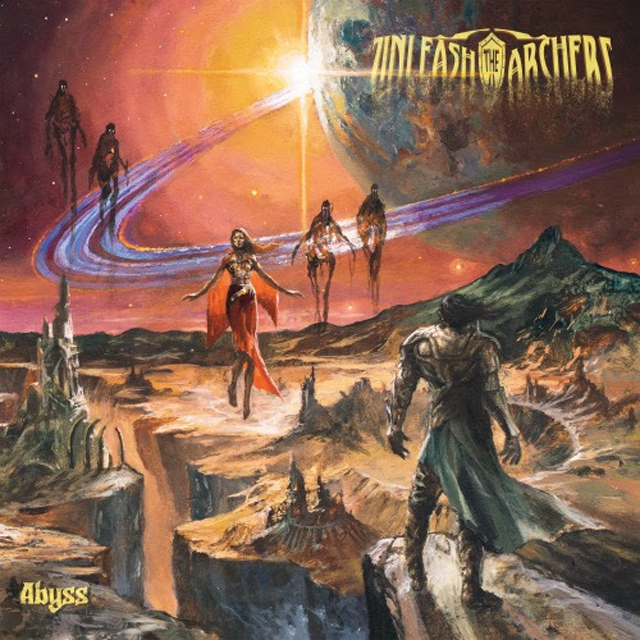