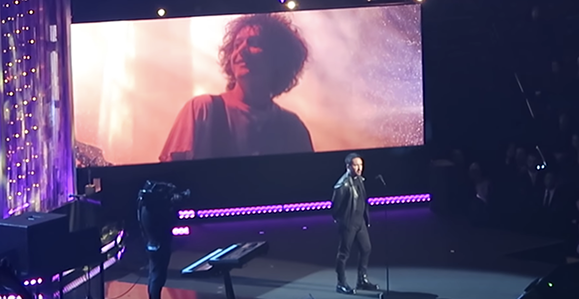 The Rock and Roll Hall of Fame held their annual induction ceremony on Friday (March 29) at the Barclays Center in Brooklyn, NY. As previously announced, Nine Inch Nails frontman and RnRHoF doubter Trent Reznor was on hand to induct The Cure. Now, footage of Reznor’s speech has surfaced online, as is a transcription of his words by Rolling Stone.

Reznor started his speech with an anecdote about his youth and how he discovered The Cure’s music:

“When I left home it was time for the big city. In my case, the big city of Cleveland. It was the mid-Eighties, and just being able to tune into college radio made my head explode with limitless possibilities. This was my baptism into the world of alternative and underground music. And one of the most important aspects of being swept away by this tidal wave of new music was getting to hear The Cure for the first time.”

He related that his first Cure album was ‘The Head On The Door’ and how when he wore through his copy, he worked his way backward through their discography:

“I hadn’t heard anything like it before. I felt a lot of the darkness that I felt in my head coming back at me through the speakers, and it blew my mind. It was like this music was written just for me. I struggled my whole life feeling that I don’t fit in or belong anywhere — kind of like right now. Hearing this, suddenly I felt connected, no longer quite so alone.”

He continued on about how the band had become trendsetters, staying steps ahead of where the music scene was:

“Just as everyone else was getting ready to jump on the new sound that The Cure helped usher into the world, they were already moving to new pastures. Robert Smith was keen to show the world he could do so much more than monochromatic. He recorded a series of songs that became huge hits across the globe and are rightly still seen as classics today. … The 13 albums they recorded over their 40 year career stand as a testament to their undiminished power and artistic imagination.”

Reznor continues that the band has:

“Been in and out of fashion so many times in the last four decades that they ended up transcending fashion itself.”

In the past, Reznor has been vocal about his ambivalence toward the Rock and Roll Hall of Fame, a position he mentioned at the end of his speech:

“I should make a full disclosure at this point. I think it’s only right for me to admit that I’ve been, let’s say, ambivalent about the existence of certain award ceremonies. I’ve perhaps been in the habit of questioning their motivations with a certain degree of cynicism.”

But The Cure’s induction was apparently a game-changer for him:

“I remember distinctly saying to myself, among other things, how can I even take this awards ceremony seriously if they’ll open their doors to X, Y and Z and not acknowledge The Cure? Not so long ago I get a phone call I wasn’t expecting, and, well, here we are. Let’s just say I’ve never been as happy to eat my words as I was tonight.” 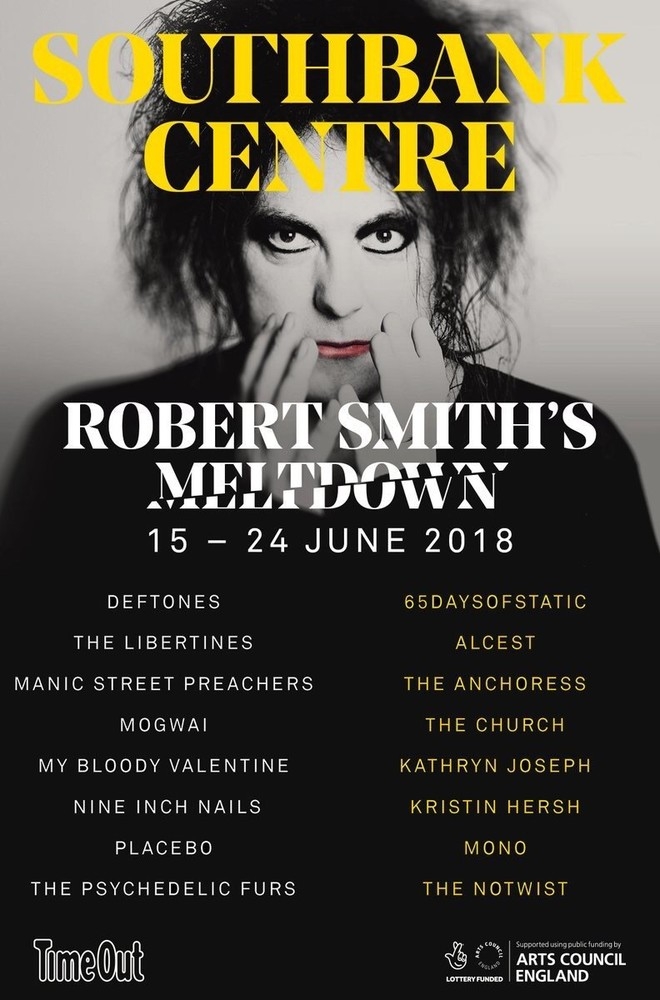