We’ve never heard of Threatin until this past Friday (9th) when we discovered the “band” purchased fake likes, YouTube views/comments, as well as faking an online presence to book an overseas tour and failing to deliver their promised 150+ ticket sales per venue. Apparently, no one aside from the supporting band and their guest list showed up. It’s always a challenge for new bands to receive the exposure they desire. However, sometimes there are people out there who were born with a lot of money that can make the following desperate attempts, happen.

There has been quite a few updates (still counting) and conspiracies surrounding this alleged “rock band.” One of the latest comes directly from the “band’s” fanclub via Twitter, stating:

Anyone who illegally trolls Jered Threatin will be reported to the cyber police and the state police. Consequences will never be the same! YOU HAVE BEEN WARNED.

“A Big thank you to all the THREATERS the real fans of Threatin for all the thousands of https://t.co/9rRjrQEZas guys rock like a hurricaine. #rockingtheworld See you on tour!”

One of the venues reached out to MetalSucks explaining why they booked the group in the first place:

We were lucky that the other venues reached out and let us know of the issues, after speaking to the supports and making them aware we decided to run the show for them (they all brought people) and with a little morbid curiosity as to what the whole charade was about.

“probably THE strangest show we have ever been involved with… they have basically paid a lot of money to rehearse (they need it) at different venues around the UK.

“interesting times for sure!”

Patrice at The Underworld in London confirmed the news, stating:

“Hiya, Patrice from Underworld here! We actually hired the venue to this Casey Marshall, the £780 hire fee was paid in full in advance, so we didn’t really bother to do background checks. We watched a YouTube video, was shocked that anybody would bother to hire the venue for this guy but took the money and figured it was a days work for our crew and staff :)”

Metalsucks found footage from Threatin’s show at the Rebellion in Manchester, U.K. on November 7th, performing to no one:

However, the band’s “fanclub” addressed it as the group’s soundcheck:

Threatin’s scheduled show at Belfast, Ireland at the Empire yesterday (11th) was cancelled at first until they decided to run the event as is without the headliner:

If you purchased tickets for tonight’s Threatin show, both of you can get refunds from the point of purchase. pic.twitter.com/hR0FHHFR0L

However, a concertgoer raised a conspiracy theory wondering if the venue exists:

Does the Empire even exist?

MetalSucks has reported live guitarist Joe Prunera and drummer Dane Davis have both quit the band as the group’s leader Jared Threatin and bassist Gavin Carney will finish the remaining tour. Prunera and Davis were allegedly fooled as well thinking they were hired musicians to help Jared’s European trek and were unaware of the fakeness that surrounded the “group.”

A fake Wikipedia account was created, which the editors have taken notice on the lack of sources as well as questioning the status of an “award-winning solo artist.” However, MetalSucks has pointed out the page has been deactivated.

Metal Injection was able to take a screenshot of the page right before it was deleted: 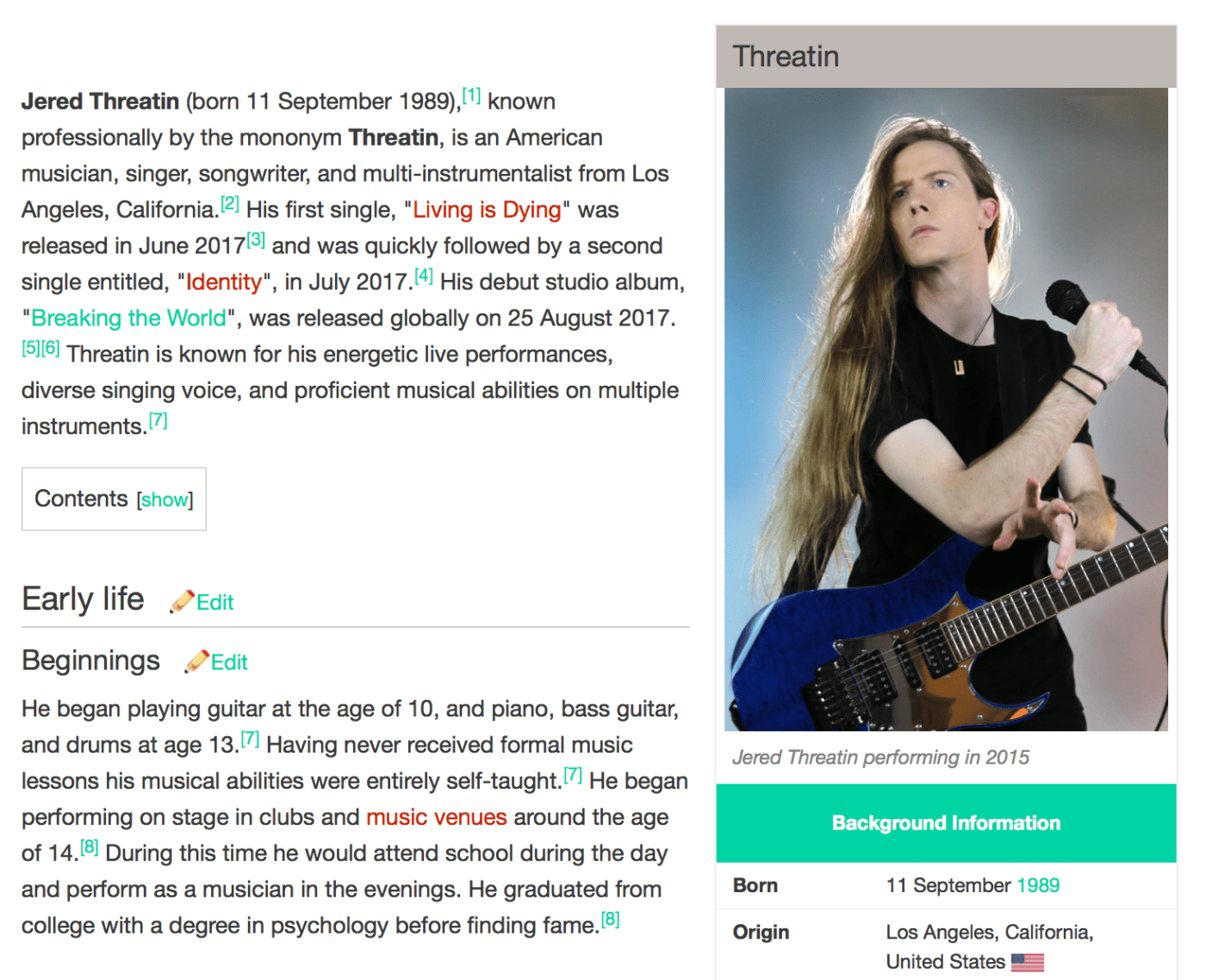 Others have raised their concerns on the band:

However, MetalSucks have been keeping their eye on the “group” as they discovered Jered Threatin has also created a fake record label, press outlet, award, web design, the works all in hopes to make him potentially the next big thing?

For those who are interested in supporting the group, check out their recently reactivated website. Additionally, the “band’s” social media accounts have also been reactivated. 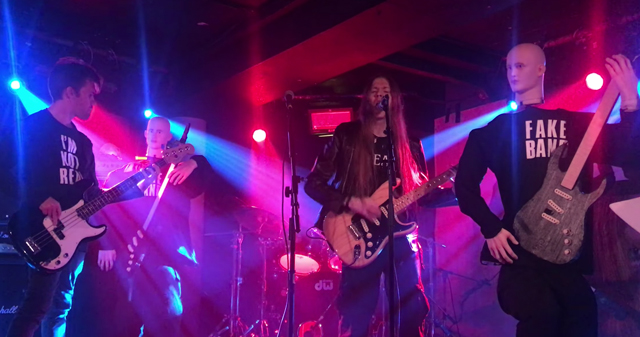