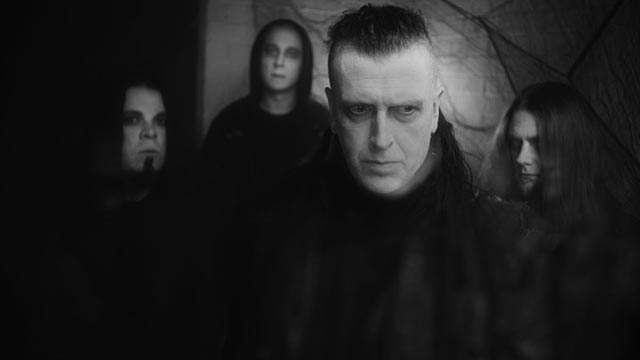 Blackened death doom act Strigoi featuring Greg Mackintosh (Paradise Lost, Vallenfyre) and Chris Casket (Vallenfyre) have announced their sophomore effort, Viscera, is scheduled to arrive on September 30th via Season of Mist. To celebrate the announcement, the group has unveiled a video created by Dehn Sora for the first single, “Hollow.” Recorded in Oregon Studios, the album was produced/engineered by Jamie Gomez and Strigoi. The mixing was done by Kurt Ballou at Godcity Studios and mastering by Brad Boatright at Audiosiege. Brian Sheehan at Legerdemain Art created the cover artwork.

“We chose ‘Hollow’ as the first video single as it lends itself perfectly to giving the listener a broad overview of ‘Viscera.’ It’s dark, brooding yet violent cinematic qualities allude to the delightful misery contained within the new album. A scathing commentary on human weakness, we feel ‘Hollow’ typifies the evolution of STRIGOI, as a band and as a concept. It was also a perfect fit for the amazing videography work of Dehn Sora, who has presented a remarkable visual interpretation of the track.”

On the album, Casket explains:

“It’s the second album and we’re pushing those limits. The longer songs are longer; the shorter songs are shorter. It’s fully realizing the concept. When we did the first album, there were certain expectations as we were coming from Vallenfyre. I felt that it was a really good transition from one to the other. But I feel that with this record, it’s more of a fully fleshed out concept. It’s pushing the light and shade further out.”

“The first album was us giving it its own identity separate from Vallenfyre, even though it’s kind of an obvious continuation, in a way. But with Viscera, it’s a combination of pushing the envelope a little bit, making it a bit less raw. Because, we had done that to the Nth degree with Vallenfyre. I’d also say there’s a bit of sound design in there, too, to make it very creepy and, yes, unsettling, sound wise.”

“We have a strange way of working. I will send words, prose, whatever it may be to Greg. He likes that process, because he reads what I’ve written and it inspires the music he comes up with. I’ve never worked that way before. But that and the added time we had, the space away from things, is what I think has made Viscera what it is.”

“If it’s a song where Chris’ lyrics sound angry, I’ll do a song that’s more, I guess, grounded in the essence of early grindcore. Something that expresses that mood. But if it’s something more sombre or unnerving, then I’ll start with a bit of sound design and work towards riffs. I’ve always thought of music in terms of visuals, and that might come from the lyrics. The last song on the album, ‘Iron Lung’, for example: I actually said to Chris that I had an idea for a song where it feels that you can’t breathe, that it feels like you’ve got a weight on your chest. And the result is probably the toughest going song on the record to get through. But I think it does get that across. I get bored easily. I’ve got a very short attention span. I love doom metal, I love funeral doom, crust punk, grindcore…all these things. But usually after two songs of each I’m thinking, ‘Right, what’s next?’ And that’s my problem, but it does determine what this band and this music is like. There’s not much light on this record at all. If there’s any, it’s there just to emphasize how dark the shade is, really. And what I loved about early death metal, which is when I got into it, is that everything had its own feel back then. That was at the back of my mind the whole time when making Viscera – that I wanted to give it its own feel. But the listeners are going to have to decide whether that was successful or not.” 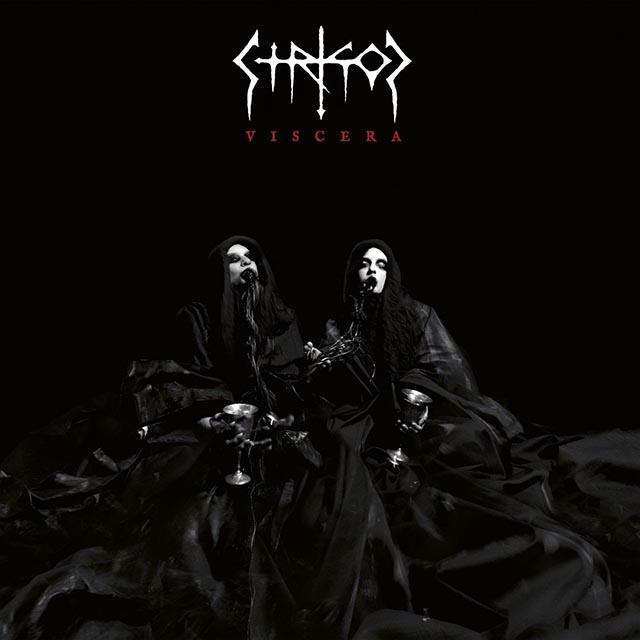 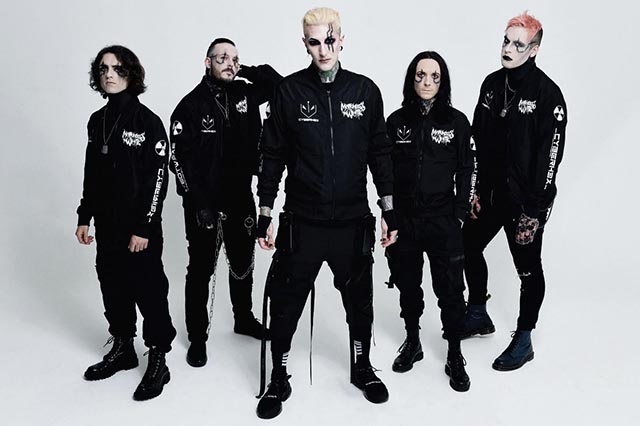