Staind frontman Aaron Lewis went on a profanity-filled outburst onstage yesterday at Kansas City radio station KQRC’s “Rockfest” festival yesterday. During the band’s “Something to Remind You,” Lewis stopped mid-song to admonish concertgoers that were allegedly groping an underage concertgoer. Fan-filmed video captured his rant, which happened in front of a sold-out capacity crowd of 55,000. It begins at around 40 seconds in:

“Alright, listen up, you fucking assholes. That fucking girl right there is, like, 15 fucking years old and you fucking pieces of shit are molesting her while she’s on the fucking crowd. Your fucking mothers should be ashamed of themselves, you pieces of shit. You should all be fucking beaten down by everyone around you for being fucking pieces of shit. If I fucking see that shit again, I swear to god, I will point you out in the crowd and have everyone around you beat your fucking ass.”

Lewis then goes back into the song, telling the girls to “feel free to crowd-surf safely.” There’s no word on whether those that he caught doing it were reprimanded by anyone other than Lewis, but it’ s commendable that he stand up for what he perceived as an injustice, especially at a generally dude-centric event like an active rock radio festival. Korn, Killswitch Engage and Five Finger Death Punch headlined the Rockfest, which according to the Kansas City Star, only had one reported arrest. 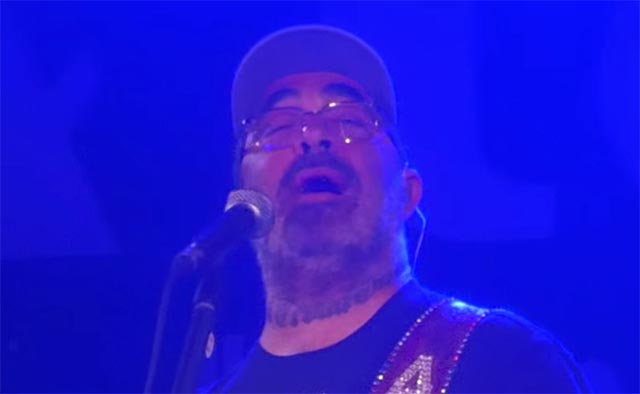