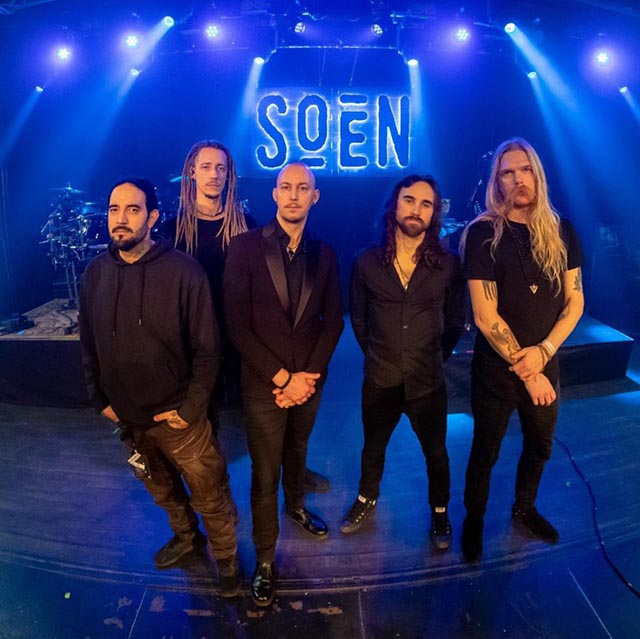 Soen have unveiled a video for their rendition of Slipknot’s “Snuff.” The cover track is taken from the group’s upcoming release Atlantis, out November 18th via Silver Lining Music. Atlantis is a unique concert film featuring thirteen of the group’s most popular tracks, accompanied by live orchestral parts, which all took place at the Atlantis Grammofon Studio in Stockholm, Sweden.

“We wanted to do something extra special during the ATLANTIS concert. The obvious path would have been to pick an epic progressive song from the likes of Genesis, Pink Floyd etc. Instead, we went for the opposite with ‘Snuff’, a scaled down and brutally honest song that we all love in its powerful sincerity.”