“Puppets and metal, they can be a thing” says Sock Puppet Parody, a YouTube channel that specializes in sock puppet themed parodies of popular songs like “Killing in the Name” by Rage Against the (Washing) Machine, “Raining Blood” by Slayer, and “Smells like Teen Spirit” by Nirvana. Most recently they made a video for Metallica’s Master of Puppets, which is the absolute obvious choice for every conceivable reason. The video features a sock puppet version of Metallica still in their prime, James still having long, blond, yarn hair, Lars not showing any signs of balding yet and Kirk with his signature curly hair, net yet greyed with age, playing “Master of Puppets.”

Sock Puppet Parody has also made videos for “Push It” by Static X, “Anarchy in the UK” by the Sex Pistols, and my personal favorite Immortal Christmas. Hail Santa! 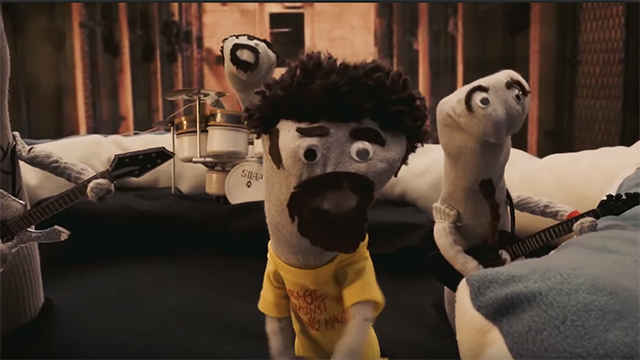