They might not have released an album in five years, but there’s still a lot of demand for Slipknot. Take, for example, this fan-filmed footage from this past weekend’s Download Festival in Leicestershire, England. The crowd surge was enough that fans broke the barrier between the stage and the audience. In the above footage, frontman Corey Taylor addresses the crowd following the breach. Check out “Duality” after the jump, and for more footage, head over to theprp. 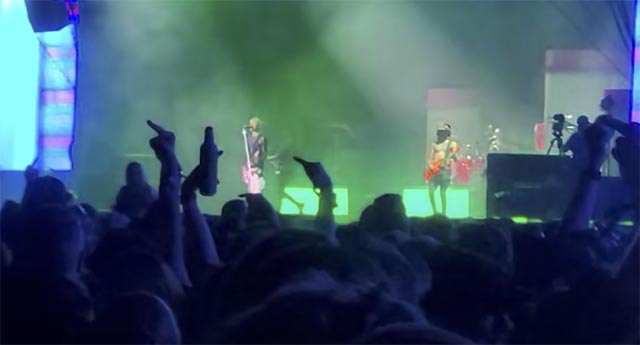