While Scorpions announced a few years back that they would be releasing a final album and retiring, that’s turned out to not be the case. They are, however, rocking a little bit less, as their first- ever acoustic album, MTV Unplugged, will be released on Tuesday (21). Filmed last September 11th and 12th at the  Lycabettus Theatre in Athens, Greece, it was the first ever open-air show in the history of MTV Unplugged, which apparently still exists in some places. And this clip of “Holiday,” which premiered earlier today on USA Today, shows that the band sound great in an acoustic setting. And while the band still tackle some of their signature upbeat songs, like “Rock You Like A Hurricane,” “Blackout” and “No One Like You,” the band’s ballads, like “Still L0ving You,” “Wind of Change” and “Send Me an Angel” were just as popular, and lend themselves to an unplugged setting. So does “Holiday.” The album will also feature five new songs from the band, which could possibly suggest that more acoustic music could be in the future for the band. 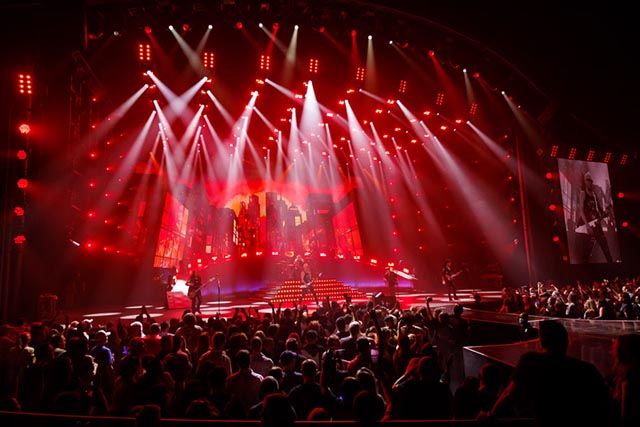