A new documentary on the metal scene in Vietnam has hit the internet. Saigon Metalhood is now available for viewing on Amazon and Vimeo.

“After the liberation of Saigon in 1975, the rockers of Vietnam were forbidden to play western music for over a decade,” reads a description on the film’s website. “Only a small few carried the torch and emerged from exile as the ’80s became the ’90s. They faced a society that reacted with distaste and indifference. But they never gave up.”

Following three generations of metal in Vietnam, Saigon Metalhood talks about the history of the genre in the country, as well as the struggles the scene has faced into today. Filmmakers Will Snyder, Sean Lambe and Mateu Perpinya tell the scene’s story through interviews with metal veteran Trung Thanh Sago, who tells his life story and gives some background on the beginnings of the genre, extreme music “vanguard” Trung Loki, who reminisces about his life and career, and where the scene has been and where it’s going, and Vu Nguyen, who is part of the new generation of metal artists.

“All three of us at that time were living in Vietnam, and we’d still call Vietnam our home, probably…So we had a great love for the country, of Vietnamese culture, but particularly as westerners living in Vietnam we were really interested in the areas where western culture and Vietnamese culture kind of overlap and create interesting fusions,” said Snyder in a new interview with YouTube channel Lair Of The Alchemist. “And we always kind of had it in the back of our head about, you know, ‘where’s the cool alternative music scenes? Where’s the underground, you know? Metal, punk…where’s this kind of stuff.’ And for a while we never really saw it, it’s kind of hard to find. Until I happened to date a girl who happens to know everyone. And just like that it kind of opened up and we were like ‘wow, why don’t we make a film about this. Started with interviewing Trung Thanh Sago, the first character in the film and from there it all just kind of took off.”

Said Lambe about how the scene welcomed their cameras, “Someone like Netflix will roll into a town and stay there for two weeks and they’re just in and they’re out. We made this film over the course of three years, so these guys saw us coming to their gigs and they might have been initially weary at the start, but they got to know us organically and they could see that we were not looking to exploit anyone. We just wanted to make the film that we did. So, yeah, over the course of that time we made genuine friendships and that obviously helps a lot for people to open up on camera.”

Saigon Metalhood made it’s premiere in Vietnam’s Ho Chi Min City in January. The film was released on Vimeo February 29 and is now available to rent or buy on Amazon. A preview of the film can be seen on YouTube. A soundtrack featuring music from Vietnam’s metal scene is available for free / pay-what-you-want on Bandcamp. 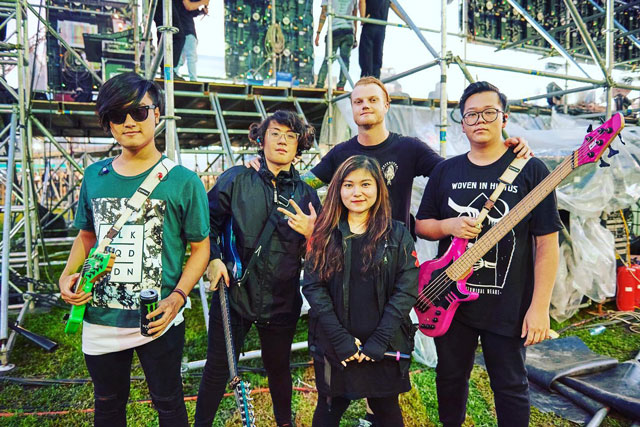