Brazillian thrashers Nervosa are ready to move forward with the next chapter of their career with a brand new lineup featuring founding guitarist Prika Amaral along with new members Diva Satanica (vocals), Mia Wallace (bass), and Eleni Nota (drums). Today (13th), the group has announced their new album Perpetual Chaos will be released on January 22nd via Napalm Records. The follow-up to 2018’s Downfall of Mankind was recorded in Malaga at Artesonao Casa de Grabación Studio by producer Martin Furia. Yarne Heylen did the mastering. To celebrate the album announcement, the group has unleashed the first single with a video for the song “Guided By Evil.”

Prika comments on the track:

“It was a wonderful experience with these girls, they are all very talented and did an excellent job, I have never been so happy with the final result of a record. I chose Artesonao studio in Malaga, because it is isolated and in an extremely beautiful place, we worked hard but we had the best vibe between us.”

Diva adds about the album:

“It was undoubtedly a very intense process in every way. Not only did we learn to work together, but also to get to know each other and live together. I am very lucky to be able to be part of a project like this and I am sure that with the release of this album, NERVOSA will take a very important step in its career. Working with Martin Furia was incredible, he helped me to find nuances in my voice that I didn’t know I had. Get ready, for a new era more powerful than ever!” 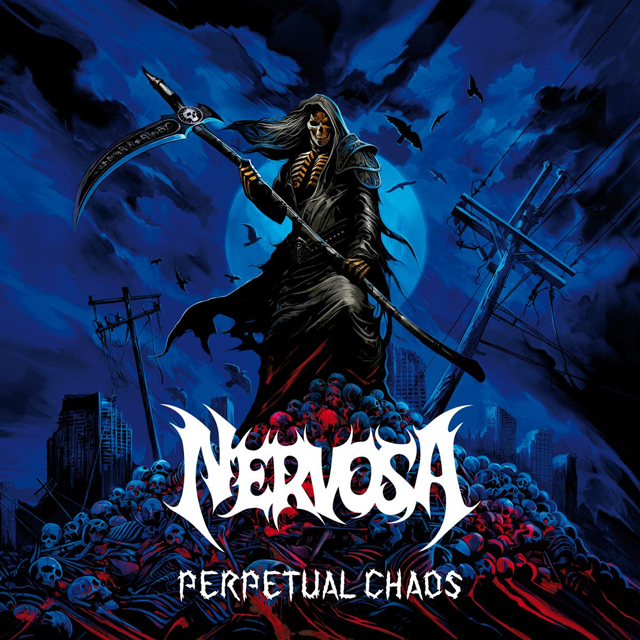