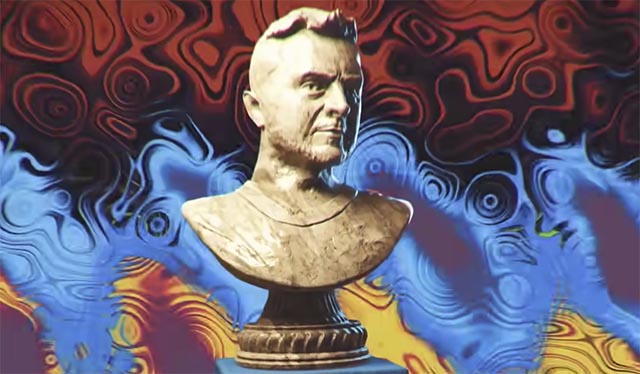 A new song has been released in support of Ukraine, more specifically praising the country’s president Volodymyr Zelensky.  Primus frontman Les Claypool has teamed up with Ukrainian-born Gogol Bordello frontman Eugene Hütz to pen “Zelensky: The Man With The Iron Balls.” The irreverent track, sung half in English and half in Ukrainian, boasts about how Zelensky has led his country heroically against Russia’s advances to a rock-tinged traditional Eastern European melody.

Speaking to Rolling Stone, Hütz said of the collaboration,

“As soon as Russian aggression broke out, Les and I connected to address the catastrophe ASAP. We jumped on creating affirmative music that calls for unity and pays respect to the real doers in Ukrainian defense, such as President Zelensky, who demonstrated previously unheard of stamina and heroism.”

Said Claypool of the track in the same article,

“We now have a recording to help rally support for a bullied country, and a David versus Goliath-type man who stood up for their liberty, freedom, and homeland… [We’re] giving praise to a man who stepped up for his people beyond anything I’ve seen in my tenure on this planet. This unlikely fellow has grabbed the reins of leadership and held fast in such a way that the world is now galvanized in support.”

A lyric video for “Zelensky: The Man With The Iron Balls” can be found below. Proceeds from the track will go to Nova Ukraine, a non-profit “dedicated to providing humanitarian aid to Ukraine and raising awareness about Ukraine in the United States as well as in the rest of the world.” Donations can also be made directly to the organization at novaukraine.org.