On September 21st, MaYan will release their third album Dhyana, which is a follow-up to 2014’s Antagonise. The symphonic death metal group was formed by Epica guitarist/vocalist/mastermind Mark Jansen and his former After Forever bandmate Jack Driessen back in 2010. The group now features members of Epica, ex- Stream of Passion, Delain, Firewind and more. While we aren’t sure if this would bring MaYan for a North American run, we are looking forward to this release.

The group shared a trailer for their upcoming album revealing the recording of the orchestral parts of Dhyana. Pre-orders will be available at some point next month. 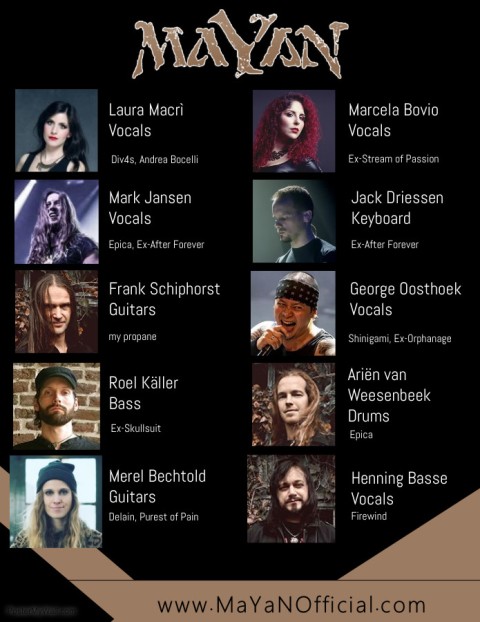