Mac Sabbath are dumb, but you already knew that. The novelty band, which is both a Black Sabbath tribute and a critique of fast food delivered by warped versions of McDonaldland characters, have been extending their 15 minutes of fame. They just wrapped up their second nationwide tour, this time with fellow heavy novelty purveyors Okilly Dokilly and Metalachi. Now, they’ve actually made a video for one of their songs, that “Paranoid” cover they’ve called “Pair-o-Buns.” The video, which premiered on The AV Club,

It’s hard to hear the lyrics from “Ronald Osbourne,” but they’re included on YouTube, and it’s all about genetically modified fast food and mad cow disease. But it’s the video you’ll want to pay attention to. As Mac Sabbath are filmed like a posturing rap group, claymation versions of Colonel Sanders, the Burger King, Wendys, the Carl’s Jr. star and the creepy Jack in the Box guy get brutally slaughtered. Sure, Mac Sabbath might not be a particularly good band, but they are a fun one. Want your own version of this? It’s available as a flexi-disc in their coloring book on their website. 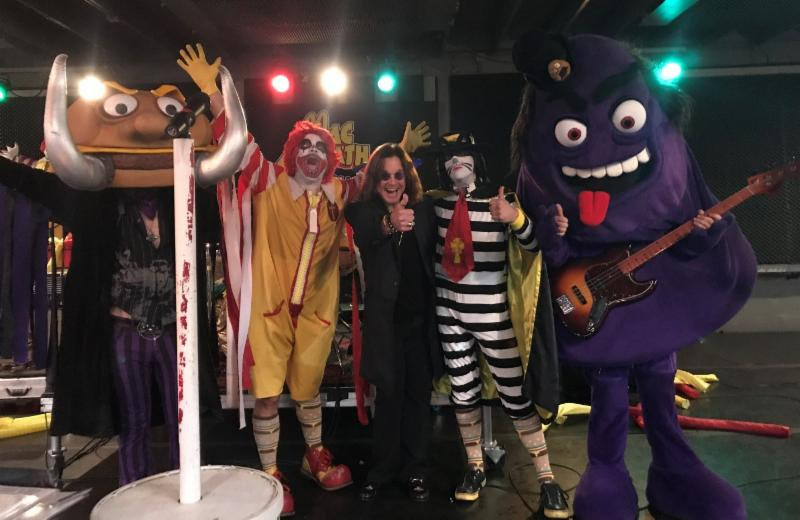