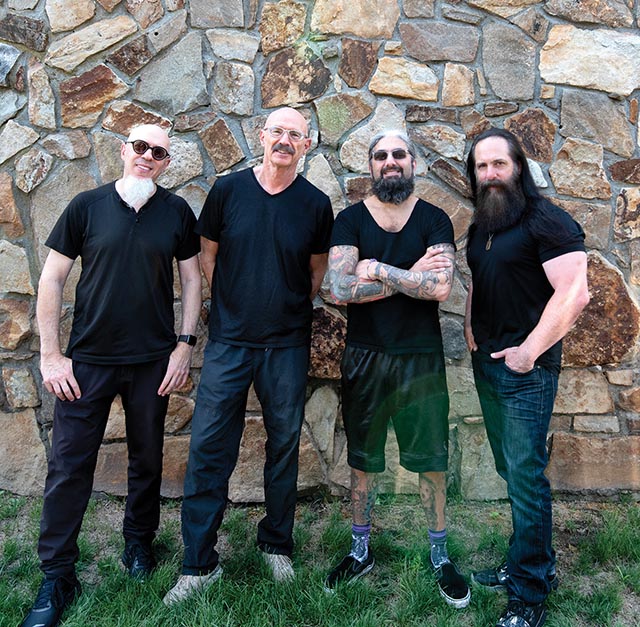 Liquid Tension Experiment, the instrumental progressive metal project featuring current and former Dream Theater members Jordan Rudess, John Petrucci, and Mike Pornoy, along with King Krimson and Peter Gabriel’s Tony Levin, are gearing up for their overall third full-length effort, LTE3, out this Friday (26th) via InsideOut Music. Today (24th), the group has shared a video for the song “Hypersonic.”

“‘Hypersonic’ was the last song we composed of the four new compositions. We knew we needed an opener that was just going to take people’s heads off from the minute you hit play. ‘Paradigm Shift’ opens with this five-second run that just punches you in the face. This time around, we open with a 30-second run before we even settle into the main riff and groove. It was absolutely designed that way and to me it’s kind of a cross between ‘Acid Rain’ and ‘Paradigm Shift’ mixed with a lot of ‘The Dance Of Eternity’ kind of insanity. We purposely threw everything including the kitchen sink into that one.”

“As we were putting the album together, we all felt that there needed to be a track that had some chops and speed and that frantic nervous energy that a song like ‘Paradigm Shift’ from the first LTE album or ‘Acid Rain’ from LTE2 had — something heavy and full of energy. This song definitely checks off that box. There are a lot of intricate, full-band unison moments where the challenge is to be as locked as possible and I think those types of passages on this song are a testament of how well we work together. This song really reflects the personalities of all four of us and has a lot of very musical, as well as quirky moments, that just make it a very fun ride.”