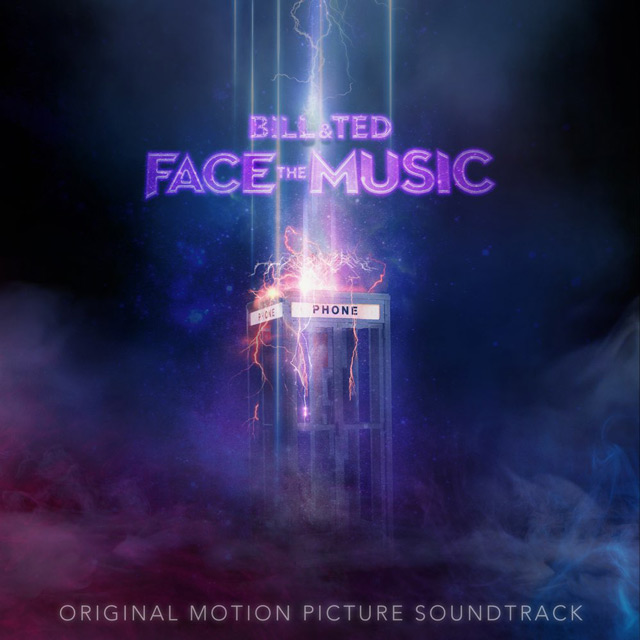 Mastodon drummer Brann Dailor spoke about how writing “Rufus Lives” came to be:

“The song was something that was sort of in the works, you know? It was pretty recent, maybe six months ago. I was going over to Bill’s [Kelliher, guitar], and I’d had probably more than a pot of coffee already, and was just amped up, ready to rock. He started playing guitar, we put this thing together, it wasn’t even 10 o clock in the morning and we already had this fast, crazy thing going on. It just sounded cool. That was the beginning of it.

From there we wrote the song pretty quickly, and then when ‘Bill & Ted’ came around, they wanted something very specific for a specific scene in the movie. They sent us the scene, and it needed to be like party rock ‘n’ roll. We sent them a couple things, but they were a little doomy. It’s hard for us not to be doomy, you know? They were, like, ‘It needed to be at a party, not a funeral!’ And we were like, ‘Okay, we’re sorry!’ The notes that we all gravitate towards are all minor, spooky notes, Black Sabbath. That’s where we live, spooky! But I think we were able to maintain our aesthetic and our musical personalities, and give a party rockin’ song. It’s basically, like, ‘You’re at a party, you’re in the woods, everybody is having fun, what’s on the stereo?’ That’s the song we needed to write, and what we tried to do. Then we took the situation that ‘Bill & Ted’ were in, and we applied it to the lyrical content. So I’m singing in it, and Troy’s singing.”

Many other talented artists contributed to the soundtrack, which can all be seen below:

Check out Lamb Of God’s “The Death Of Us” and Mastodon’s “Rufus Lives” below!