Hammerfall have dropped a new lyric video for “(We Make) Sweden Rock” which is off their upcoming album Dominion. Frontman Joacim Can describes the song as a tribute to the metal movement in his home country.

“This is a glorious tribute to the Swedish hard rock and metal movement with a lyrical theme using direct references to both other bands and songs. With catchy contagious riffs and enchanting (ear-worm) melodies, this song will be an instant classic at future Hammerfall shows.

Without the Swedish rock and metal scene with bands like Heavy Load, At the Gates and Yngwie Malmsteen, the world would be a pretty boring and dull place! This is our noble tribute to all the bands that inspired not only us to play metal, form bands and eventually crusading around the world in the name of heavy metal. All hail the sons of the northern light!”

Guitarist Oscar Dronjak revealed to interviewer Janne Vuorel about how he was in the grocery store when Can originally pitched the idea.

“I remember Joacim sent me something saying the idea — basically laying out the idea, ‘How about this? We call it ‘(We Make) Sweden Rock’,’ [and] the whole imagining behind the song. I was in the store, just doing grocery shopping, but I read that and I remember that I [responded], ‘I’m just in the store, but this is a great idea. I’m going to go back home and finish it.’ Then the next day, I went out into the studio and tried to write something. It was very inspirational. I was working on a song then, but his energy came through the mail and I got inspired by that, so it went pretty quickly. It was a cool idea. You had to do it the right way in the end, but I think we definitely [did].”

When speaking about the album, the guitarist talked about their mantra while making Dominion.

“‘Good is not good enough; it has to be great.’ This is the mantra we have applied to every aspect of making this album, from the songwriting and rehearsals to the production and the performance of each member. The result is ‘Dominion’, a powerful force of nature that cannot be stopped. Once you hear it, you will understand.”

Check out  “(We Make) Sweden Rock” below! 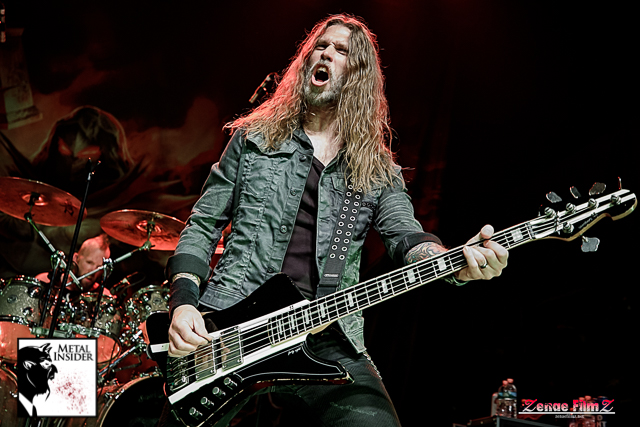